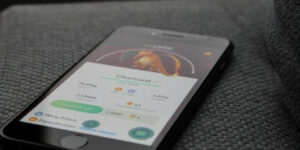 As mobile devices have become more functional and powerful, the app marketplace for mobile devices has also evolved quite a lot. There are now millions of applications out there spanning across different categories and mobile game is a major category of all.

By 2020, the global gaming market is expected to cross $128 billion, out of which mobile games will have a major share of over $64 billion. As Smartphones are becoming more affordable in the emerging countries, the mobile gaming industry is also expected to get even more popular.

This is no easy task. Most of the mobile games out there require a credit/international debit card to make in-game purchases. However, as per World Bank, there are 2 billion adults who don’t have a bank account. Even though you can make use of a payment intermediary to make payments easier for gamers, the lack of an alternative means that gamers have to end up paying a big amount as a transaction fee.

This is where Alax kicks in. The team behind Alax hopes to create a blockchain-backed platform where mobile game developers can easily implement in-game purchases and gamers can easily make the purchases without any worries.

How does Alax Work?

Alax is a game distribution platform for mobile devices that is designed with both mobile game developers and gamers from emerging nations in mind. Alax offers an easy payments solution for gamers with the least fee and also gives developers the option to get paid out instantly as well.

To better understand how Alax works, let’s divide the functioning of Alax into two sections:

In order to make it easier for gamers to make payments and for developers to receive payments, Alax will be issuing two tokens: ALA and ALX.

The ALA tokens will be tallied to FIAT currency to generate market value and will directly be used in the Alax platform to buy games or in-game contents.

However, ALA tokens will not be directly available for purchase as the value of the token is directly tallied with FIAT currency.

ALA tokens will be available to gamers through resellers (either mobile operators or brick and mortar stores) or by means of exchange within Alax users.

The Alax mobile application and website constitutes the Alax platform. Alax is supported by Dragonfly, which is a popular app and games distribution platform, and DECENT, which created a blockchain technology adaptation called DCore, which offers fast and efficient transactions among many other features.

Gamers will be able to buy the ALA tokens from resellers or via exchange and can use the tokens to purchase games or make in-game purchases without any hassle from within the Alax mobile app.

The platform will also offer game developers with Alax Android SDK using which the developers can easily add features like in-game payments or set options where gamers can play for rewards and so on.

How to Track Your Car on the Cheap

Ransomware Is No Joke: How to Protect Yourself Now