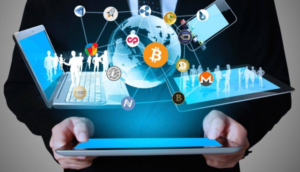 With the highly increasing popularity of cryptocurrency, most moving companies are thinking of using that as a method of accepting payment. There are a few factors they should keep in mind before they do so. Here is a list of factors they should think about and that could influence their decision:

Analysts and Researchers like Martha Bennett and Owen Rogers have agreed that the huge rising in the pricing of cryptocurrency is under pure speculation. Predicting what will happen is also not possible because we have no history of cryptocurrency to compare it to. They have not been around for a very long time and that makes it even more difficult to predict their stability. The loss you might end up enduring with the use of bitcoins is major. For example, if you plan on selling a television at 7600$ or 1BTN but the prices of 1BTN drops to 7000$ overnight. In this case, you suffer a direct loss of 600$.

3. Exchange of cryptocurrency to cash:

4. You should have a total cryptocurrency plan:

The use of cryptocurrency or even just encouraging it means either of these things: using an e-commerce platform or implementing it yourself. In the first case (using e-commerce) you will have to change your business or company to a platform that enables the acceptance of cryptocurrency. While, in the second case (implementing it yourself), you will have to hire a programmer who excels in the field of cryptocurrency and is well-read about it. Both the above-mentioned options are very costly, and you will end up spending more money than gaining. So, before investing in cryptocurrency, which might be tempting, one should calculate and account the loss to gain ratio.

Though it may seem so, investing in cryptocurrency is not a quick profit but may be a long game. Researchers say that cryptocurrency might be of great importance in the long run but if you invest in it right now, you will need to be patient with the result. Rogers believes that it will have a great impact on the world economy, but it is not going to replace credit or debit cards or even PayPal any time soon. People who are currently investing in the stock markets should not feel the need to invest in cryptocurrency but for moving companies, it may seem fruitful in the future. It should be considered as a long-term strategy and not a short-term one but should also not be ignored completely is what the analyst Roger says. He has also compared cryptocurrency to a huge bubble which may pop at any instant.

Eventually, it is possible for cryptocurrency to revolutionize the world and completely transform the way we think or exchange money. An investment right now could result in a short-term loss but if the bubble pops, it could be a huge boon.

Therefore, there are many ifs and buts in this kind of an investment and one must think twice before deciding if it is worth it. Get going to make a wise thoughtful decision!

5G as an innovative catalyst in IoT