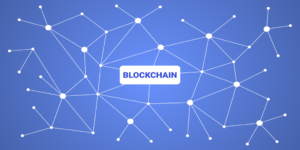 Interestingly, cryptocurrencies have already triggered conversations about the fact that governments probably have too much control over the monetary supply. Hence, the sheer power of blockchain technology to push a paradigm shift in the economic sphere is not lost on major corporations and they understand that it is only a matter of time before the disruption moves on to other industries. Blockchain is here to stay and this piece examines how some three major corporations are adopting blockchain in order to maintain their competitive edge.

IBM is one of the leading traditional companies making huge strides at the forefront of blockchain adoption. IBM is heavily invested in Blockchain technology through its Blockchain-As-a-Service platform IBM Blockchain and Hyperledger. The firm wants to position itself as a provider of tech support and computing resources for enterprise clients interested in building their own blockchains. The firm also facilitates workshops and incubators on how businesses can leverage AI and smart contracts to pivot legacy systems to the blockchain.

Just last week, IBM revealed that Batavia, a blockchain-based finance platform that it co-founded with UBS has successfully completed its first cross-border transaction for enterprise clients. The specifics of the blockchain-powered traded saw Batavia facilitating two trades by connecting buyers, sellers, and financial institutions for auto sales from Germany to Spain and sales of textile raw materials from Austria to Spain.

In the words of Jason Kelley, general manager of IBM Blockchain Service “The members of Batavia have demonstrated how sharing data among permissioned network members can accelerate cross-border trades and bring new transparency to the financial system, both in real-time and at scale.”

Telegram is one of the biggest companies making a concerted effort to transition into becoming a blockchain-based business in 2018. The 5-year old social messaging app has grown from humble beginnings to have more than 200 million monthly active users.

Last month, Telegram started working towards a transitioning into the blockchain ecosystem by launching an pre-sale ahead of an eventual ICO. Investors were quick to spot the unique opportunities in a blockchain-based social network and the firm succeeded in raising $850 million from 94 accredited investors only. The firm is reportedly planning another round of private sale in which the total money raised could become as much as $1.75 billion.

Of course, Telegram has refrained from making any official announcements about its plans but analysts couldn’t help but notice that Telegram is on track to pull off the largest ICO in history despite the fact that Bitcoin and many cryptocurrencies are struggling with headwinds in the market.

In addition, WalMart is experimenting with the idea of storing payment data on the blockchain instead of cloud storage. The blockchain is exponentially safer than any cloud; hence, by saving payment data on the blockchain, WalMart is taking proactive step to protect customer data, prevent data breaches, and ensure that its customers don’t have to worry about identity theft. In two patent applications with the U.S. Patent and Trademark Office (USPTO), WalMart describes a “vendor payment sharing system also includes an authentication system for valuable digitized items … In an exemplary embodiment, the authentication system utilizes one or more aspects of conventional [blockchain systems].”

5 Ways to Get More Product Reviews