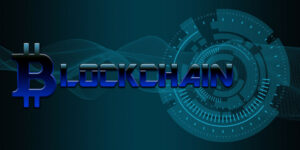 The latest revolution in technology, Blockchain has already spread riptides throughout the world with the potential and the boom of cryptocurrency. It brought back an almost obsolete technology, Peer-to-Peer, which before the advent of Blockchain, was limited to torrents mostly.

However, with the emerging popularity of Blockchain, a lot of new industries will see a potential change in their workings, which will be very advantageous in the long run. Below is a list of 10 industries that will change forever with the use of Blockchain technology.

This is the industry that brought about the popularity of Blockchain to the forefront. Cryptocurrency is one of the most profitable industries in the world today, seeing a 200% increase in the profit margin in under a year, something that had never been seen in any industry prior to this.

Cryptocurrency has the potential to revolutionize the way that financial transactions are done in the world. They have already sent out ripples throughout the financial world, and the impact has still not reached its full potential. In fact, from the use of cryptocurrencies for daily transactions and international trading to wealth management and crypto mining, Blockchain has already transformed the world of finance a lot. This is the one industry that has already changed, and will continue to with Blockchain.

Governance is another industry that will experience major changes with the use of Blockchain technology. The transparency of this technology will make it extremely hard for corruption and unethical activities to be performed.

Also, consensus will be easy to track and record, since it is the backbone of Blockchain technology and will help in revolutionizing governance around the world.

Another industry that will change with Blockchain technology is the music industry. Piracy is a really big problem in this industry, and Blockchain will be a big help to curb this. The security and transparency of Blockchain will enable pirates to be identified easily, and massively curb the revenue loss due to music piracy.

Streaming and selling music will also change with the application of Blockchain. Artists have already started using Blockchain to distribute their music, taking the production house out of the equation, so that all the music royalties go directly to them. A few artists have also started accepting cryptocurrencies as payment for buying their music.

One of the major problems with voting today is the need for the physical presence of the person that needs to cast a vote. With the use of Blockchain, voters need not be physically present to cast their vote.

Voter authentication will be simple and secure with Blockchain, and counting votes and calculating voter turnouts will also be much easier. This also blocks any unfair practices that are prevalent during voting, and makes the process a lot more transparent.

The commercial building sector is another industry that is going to make good use of Blockchain technologies in the near future. Blockchain could be used in this space in the near future to cut down on the costs of middlemen in the property market and tackle fraud, corruption and promote transparency in the various commercial insurance claim processes.

One use of the Blockchain within this industry will be in the area of commercial roofing. Zach Saleh, the Founder and CEO of a Kansas City Commercial Roofing Company, Lionheart Contracting, recently shared with us that he is in talks with developers and investors to bring the Blockchain to the commercial roofing space. By putting building owners and insurance companies on the same virtual ledger, it will collectively save billions of dollars for businesses who would of otherwise had no recourse when storms unknowingly damaged their commercial roof structures.

Decentralized versions of peer-to-peer ride sharing apps will allow riders and passengers to agree upon factors like price and pick-up/drop-off locations without the need for a third party. This will allow greater freedom to both parties, and it will also be less prone to incurring hidden costs and additional fees.

The publishing sector will also face dramatic changes with Blockchain technology. Writers can get their works digitally authenticated using Blockchain, and it will also make the use of publication houses obsolete, since writers will have direct contact with their readers via this technology.

It will make it easier for small scale writers to break into the industry as well, since the publishing industry right now is controlled by a small group of publishers and the success and failure of writers rest largely upon what they feel. The use of Blockchain will help break this monopoly and create a fairer, more accessible system for everyone.

Internet of Things, or IOT is another emerging technology that has huge potential in the market today. However, this technology is also peppered with various potential security issues, and also requires large computing power.

The use of Blockchain will allow computation to be divided amongst a variety of devices, reducing the system workload while also securely encrypting communication and making sure that security vulnerabilities are minimized. The marriage of these two emerging technologies holds a lot of potential for the digital age, and is being explored extensively right now.

Computing is the need of the world today, with many tasks and processes requiring a lot of computational power. However, without Blockchain, this computing power is only limited to those who can afford to buy these systems.

The use of Blockchain will decentralize computing, allowing large computational tasks to be divided amongst smaller networks, reducing costs and increasing efficiency. It will greatly help small scale industries to get access to computational power, and also secure transactions and process details via the strong cryptographic techniques that Blockchain employs.

Charity is another industry that Blockchain will radically revolutionize. While technically it is not an industry, donations and grants are very common in the world today, since helping those in need is a coveted human value.

However, the funds that are donated to charity have the potential to be misused and mismanaged, with transparency sorely lacking in the system that is being used today. Blockchain is a transparent and highly secure system, and will allow the tracking of funds and also assure donors that what they donate is being put to good use.

All in all, Blockchain is a new technology that has revitalized P2P communication. Although extensively used in cryptocurrency right now, it has the potential to do much more, and can be applied in a variety of fields, including but not limited to the ones mentioned above.

The Personality Pitch – How to Define Yourself as a Franchisee