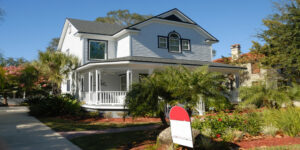 We hear the terms “home renovation” and “home restoration” thrown around a lot, especially when we’re the type of people who watch a lot of HGTV. They’re similar terms, but they aren’t the same thing at all. People may use them interchangeably, but they really shouldn’t. Think about hearing someone say, “I’m renovating my house,” versus, “I’m restoring my house.” While the first statement may be cause for congratulations, the second one probably isn’t. A lot of the difference between the two terms involves the reasons why there’s construction work going on in the place you call home.

Positive and negative reasons for change

SImply put, “remodeling” is usually interpreted to mean something positive. It’s in response to a desire to change your house because it’s old or outdated or hard to use, but it usually doesn’t mean something bad has happened to your house. It just means you, as a homeowner, saw an opportunity to improve things and decided to take it. There could be several reasons for that, like the desire to sell your house soon, or maybe because you spotted a model bathroom in a home improvement store and decided you wanted to turn that bathroom into your bathroom. It could mean life circumstances have changed for better or for worse. “For better” would be something like winning the lottery. “For worse” might be something like suffering a long-term injury that limits your mobility and makes it necessary for you to start looking at bathrooms with handicap tubs. Life is changing, but you usually have at least some time to respond to the change. Think of it as the difference between going to see your doctor for an annual check-up and going to the emergency room with a broken leg.

Restoration can be something positive, if you’re taking on a project such as restoring a Victorian-era house to its former glory. Unfortunately, it often means some sort of natural disaster or man-made calamity has befallen your house. Such issues can arise in almost any part of the country, although you’re more likely to be cleaning up after a tornado if you live in a place like Texas in the middle of the country. Flooding can happen just about anywhere, with the effects varying wildly depending on if you live, for instance, at the top of a hill or at the bottom of one.

Restoration has a certain urgency to it most of the time, especially if you’re dealing with something that can cause health issues if it’s not cleaned up fast. If your pipes burst in the middle of a harsh Kalamazoo winter, you’ll need to act fast to secure the services of a home restoration company. They’ll clean up the water and make sure that mold doesn’t form, because mold can literally make you sick.

You can usually keep living in your house while a remodeling project is underway; the same can’t always be said of a restoration project. If your whole house is flooded, you’ll need to stay with loved ones or rent a hotel room until the site has been cleared. The particulars of your home insurance policy will matter a lot when you’re dealing with restoration, so it’s important to contact your insurance agency and start figuring out a path forward as soon as possible.

How to track affiliates with software