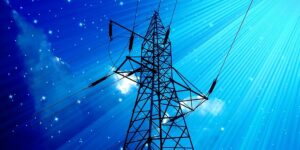 Getting to pay an affordable electricity bill will require you to pay attention to some intricate details. For instance, it might pay to sign a fixed contract for the long term with your electricity company. Well, this will only take you halfway as a lot needs to come into the picture when it comes to identifying the best time to sign the contract.

If you sign a contract when the market rate of electricity is posting high prices, you might get stuck with electricity that is too expensive for you. In fact, you will still have to pay the same amount even if the electricity rates drop after some time as long as the contract has not expired. The choice trickles down to identifying the time when electricity will be the most affordable and watching out for the season of the year might be wise.

Here is why electricity tends to be more expensive during the summer:

Demand for Electricity is High

Air conditioning accounts for a total of 12% of the annual residential spending on energy for most American households, according to the EIA. As such, if you check out texas electricity plans for most companies at this time, you might notice an increase in the price of electricity due to the increased cooling needs for most families. In fact, the demand for electricity is way higher than in the winter.

While most homes might use electricity to heat up their homes during winter, some also use natural gas. Therefore, the demand for more heating in the winter is spread out among gas and electricity unlike in summer when people depend on electricity alone to run their air conditioning systems.

It is More Expensive to Produce Electricity

To prevent power outages, electricity suppliers need to ensure that electricity supply matches the demand for electricity. In most cases, this requires them to produce more than is needed to prevent outages that can come from an increase in electrical usage rates. This extra cost of supplying electricity leads to a hike in the prices.

On the other hand, it might also take more effort to cool the power plant equipment than it would during winter and other months. In the long run, the extra expenses for running the power plant are transferred on to you as the customer.

The seasons aren’t the only factors that dictate power prices, and a lot of other factors come into play. For instance, the government might levy some laws that increase the prices of supplying electricity. Simply put, there is no silver bullet on the best time to sign or renew your electrical contract.

However, it might be wiser to sign it during every season other than summer. The trick is to assess the history of electrical prices for a specific vendor before choosing to invest in their services. Under the law, power distributors are supposed to provide you with this information to make your decision easier.

Despite picking favorable electricity plans, one aspect that can still lead to an increase in your electrical bill is the type of appliances that you use. For instance, a faulty thermostat and a poorly insulated home will lead to higher energy bills. On the other hand, the types of bulbs you choose should also be energy efficient.

The idea is to follow the best energy-saving practices. Other than switching off lights before going to sleep or work, it might also pay to cut off unnecessary electricity draining devices.

Summer isn’t the best time for renewing your electricity plan, but this will mean nothing if you use your electricity inefficiently. The trick is to assess your electricity spending habits and look for ways to cut cost. Consider signing your new electrical plan contracts beyond summer to get a better bargain.

Top 5 Herbs That Can Help You to Relax