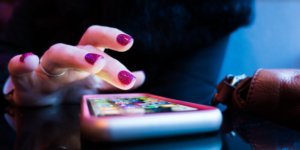 Apple releases new iPhone models on a regular basis. As a society, we often want the newest and trendiest items we can get our hands on. But before you sell your iPhone just to replace it with a new one, consider this: your current iPhone still works really well. There are just a few maintenance tips to keep in mind in order to keep it running smoothly for as long as possible.

Keep Up With iOS Updates

The most important thing you can do to keep your older iPhone performing at its best is to regularly update to the new iOS. Your phone should prompt you when updates are available. However, newer models are better at repeatedly prompting you until the update has been installed. With older phones, you need to get in the habit of either installing the update as soon as you see the prompt or regularly checking for an update on your own.

Why is this so important? Apps are made to run optimally in a certain iOS. If you don’t keep up with the iOS updates, you’ll notice that some of your apps won’t update. You’ll miss out on performance improvements and new features. Plus, updating the iOS usually happens stepwise, which means that you can’t jump ahead to the latest iOS without installing the updates in between. For your own sanity, stay on top of this process.

One of the major appeals of newer iPhones is the dramatic increase in storage capacity. You can take literally thousands of photos or videos and not even come close to receiving the dreaded “Storage Is Full” message. But with older iPhone models, you can have precious few photos and videos on your phone unless you’re mindful about your storage.

This means doing two things: removing apps you don’t use and backing up your pictures and videos to the cloud before deleting them from your device.

These two actions will allow the apps you do use on a regular basis to run a little more smoothly. If you’re not sure which apps use the most storage, you can check in the Settings.

Close Apps Running in the Background

Did you know that some of your apps are constantly on stand-by mode? Exiting them doesn’t necessarily quit the app. To force-quit an app, you need to double-tap the home button and then swipe up on the app that’s still running. Do this with all the apps that show up for best results.

Shut Down or Restart Your Phone Regularly

Sometimes the best solution to sluggish performance is a good old-fashioned reboot. If your apps start to freeze or shut down, try shutting down your phone, letting it sit for a few minutes and then starting it up again. If you aren’t in the habit of doing so, shut down your phone at least once a day to help keep it running smoothly.

6 Unique Christmas Gift Ideas for Your Apple-Loving Loved One