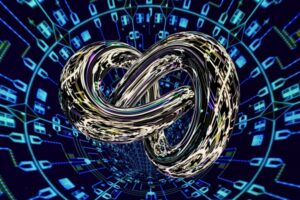 Like any major breakthrough in technology it is as important who makes the breakthrough as what the breakthrough was. If Germany or Japan had figured out how to harness Nuclear energy first we’d likely be living in a far different and far less attractive world today. Currently there is a lot of buzz surrounding Google’s seeming breakthrough in Quantum computing but, thankfully, these advancements are on paper and not near reality. IBM, on the other hand, has already deployed their IBM Q-Experience and moved beyond paper accomplishments and currently has 76K people working on 5-qubit and 16-qubit quantum computers in the cloud. So, during the time Google was creating their concept for what their Quantum solution will be IBM’s solution has executed more than 2.8M actual experiments, 60+ related research papers, and been used by a 12 Fortune 500 companies.

While it is always fun to see one company (Google) claim leadership when they haven’t even yet fielded a solution over another company that has. In this instance, given what Quantum computing means to the world, we should be incredibly thankful that, contrary to what the Google news implies, IBM has a massive lead. Let me explain.

IBM is a one of tiny group of companies that has been around for over a century. What allowed them to survive when the majority of their peers failed, was a focus on customers, employees, and almost unmatched ethical standards. This doesn’t mean they haven’t screwed up in the past, and they did almost go under in the early 90s but, overall, they are a traditional company with impressively strong historical execution. Their business model is also traditional, they continue to exist because they have been as good or better than their peers in understanding and addressing customer needs and making money the old fashioned way; by selling hardware, software, and services (most recently cloud services) to customers that need them.

Google is vastly different. They came into the market around the time of the Dot-com market crash which resulted when products and services that were decoupled from revenues. This was mostly an unsustainable model that was modified to make ad revenue a viable way to provide products seeming for free. But the cost was to the privacy and intellectual property of those receiving the services. Google’s customers, at least the majority of them, trade their privacy and personal information instead of cash. (What we often think of as Google’s customers are Google product).

In effect, while it looks like Google sells products, the majority of Google’s business is selling information that otherwise wouldn’t belong to them to advertisers. The relatively recent movie “The Circle” was largely based on Google and peer company Facebook and it is a chilling representation of our future under a firm like Google. Like the movie Google seems to think everyone’s information should be public except for Google’s executive staff which seems to operate with extreme confidentiality. Google has also played an unfortunate role in the recent book Brotopia which talks about abusing women at scale and has had a troubled history with abuse in general (this is just the most recent). (Google does have an Ethics board but what that board actually does remains largely a mystery, given they had 35 Privacy Scandals by 2012 the guess is this group has little to do with Ethics given an increasing number of influential people seem to believe the company is a major threat). Given the concerns surrounding Google meddling with Elections this kind of power would be particularly troubling.

Of the two firms, it is far better that IBM have the lead in Quantum computing than Google.

The Opportunity And Danger Of Quantum Computing

Like Nuclear Power Quantum Computing has massive benefits and risks associated with it. From a standpoint of computing performance, the speed boost that the technology is expected to provide when mature is almost unmeasurable. Mathematical problems that now take months or years could happen in seconds. One of the areas of most interest is in encryption and privacy. A data stream encrypted by Quantum computing could only be decrypted with another more powerful Quantum computer but a data stream even using the most powerful encryption available today could be decrypted in seconds, in theory, using a fully capable and mature Quantum computer.

Of the two firms IBM is more likely to deploy Quantum Computing traditionally in a fashion to benefit IBM customers. Google hasn’t even finished their part yet but when they deploy it will likely at least partially be to provide greater access to information that currently is encrypted and protected by others. And to use it to further an agenda more consistent with their troubled background than as a benefit to anyone other than Google’s elite.

Wrapping Up: Thankfully IBM Has A Massive Lead

It is often more important who leads in the advancement of a technology than what that technology is. Technology is a tool, and, like any tool, it can be used for good or misused. Quantum computing represents what would seem to be one of the greatest breakthroughs in technology. Applied to healthcare, transportation, weather forecasting, or defense it could have life or death benefits. But were it instead applied to selectively violate the privacy of others, it could result in social upheaval, wars, revolt, and unsustainable economic damage on a global scale. IBM’s lead makes it more likely we’ll see the former and have a stronger protection against the latter. Were Google in the lead, the outcome would likely be far more dire. Thankfully Google isn’t in the lead, with a yet untested part, they haven’t even really entered the race. Thank heavens, because were this the other way around, we’d be screwed.

In short, IBM’s lead in Quantum Computing may be our best protection against an increasingly hostile Google.

Meet DAC: The Blockchain Solution That Could Solve Music Piracy

3 Apps for Helping You Get Good, Restful Sleep and Wake Up Energized