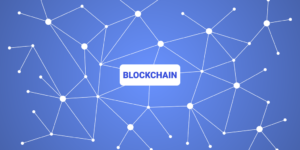 It has been a major buzzword in the business world for a number of years now, and for good reason. Blockchain is the revolutionary technology which has begun to transform a number of different industries, and is receiving attention from investors around the world.

It is most famous for being the bedrock for the legendary cryptocurrency bitcoin, but its uses have far exceeded the cryptocurrency market. Here are some of the main ways companies will utilise blockchain, and why they are investing.

What is it Used for?

Blockchain is already being harnessed by many companies around the world. It offers an unrivalled level of security in terms of transactions, meaning that companies can transfer money and receive payments in a far more efficient and cost-effective manner (there is no need for expensive intermediaries with blockchain transactions, for example).

It can also be used to pay employees, and may one day facilitate paying them with cryptocurrencies, which would work out cheaper for paying international employees in particular.

Companies and organisations are not only getting behind blockchain because it is incredibly useful now, they are also aware that blockchain will have many more uses which are still being discovered. Implementing/integrating blockchain technology now will likely help companies to better understand how it works, and easily integrate future blockchain innovations which currently do not exist.

Blockchain may, for example, be used for voting purposes in the future, allowing governments or even companies to allow their people to have their say in a secure, direct way, without fear of inaccurate/corrupted results. If governments/companies already have experience with blockchain, then this technology should be fairly easy to implement and manage.

Blockchain is not only a worthy investment because it will improve company processes/capabilities, but also because it is a popular, growing market, which is set to continue to rise in value for many years to come. Investment firms like Wellington Management are even exploring adding cryptoassets (which are backed by blockchain) to their portfolios, showing just how much interest there is around this industry.

If the blockchain market does continue to grow so rapidly, then investors may well stand to make a fortune from investing in blockchain companies/technology.

Companies are ultimately investing in blockchain because it will like make/save them a lot of money. Not only will it help to massively improve their operations, but it will also likely prove to be a very profitable investment in and of itself.