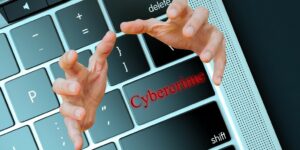 Today’s online age is ruled by technology and it seems that we cannot do without it at all. From catching up with old friends to booking a flight ticket, technology is playing a vital role in our life. However, it is also a fact that this technology can be very vulnerable and the number of threats to businesses as well as their customers is rising day by day.

Therefore, it doesn’t come off as a surprise that cybersecurity has steadily gained importance in the business industry. The biggest obstacle standing in the way of cybersecurity is the perpetual security risk that can evolve over a short time period. As a result, businesses are left with an increasing gap in resources and manpower needed for protecting their data.

Cybersecurity is not something any business or organization can take lightly nowadays and there are several reasons behind it. First and foremost, cybersecurity threats are increasing by the minute and the problem is that they are getting worse with time. It is not just about individuals having their computers restarted over and over again or losing the money in their accounts.

Multiple businesses and organizations and even governments are victimized. For instance, the biggest ransomware of 2017, WannaCry affected not only governments but also countries. The global implications of cybersecurity threats and attacks are too high and it is estimated that approximately $400 billion is lost every year.

Moreover, advancement means that systems become more vulnerable as cyber-criminals have new avenues to attack. Therefore, tackling the problem is a priority nowadays. In 2015, the cost of cybercrime was recorded at $3 trillion, but by 2021, it is expected to hit $6 trillion. While cybersecurity firms and governments are taking strides to combat the threats that are surfacing, it is also true that numerous organizations fail to implement even the most basic security practices such as keeping their software applications updated.

This is exactly where businesses and individuals have the potential of making a difference i.e. they need to be proactive and vigilant when it comes to cybersecurity. Considering how rapidly wireless and internet communication is advancing, we should have won the war against cybercrime by now. Nonetheless, innovations in spaces such as machine learning and blockchain are presenting new opportunities that could potentially make it happen. Some of the things that need to be done include:

The most dangerous cybersecurity threat is one that you simply don’t see coming. Every business has its own security software for protecting its network, which includes an anti-malware, antivirus and also a web application firewall. But, it is the software updates containing threat definitions, which influence these layers of defense, as they enable them to detect and eliminate viruses and infections.

A ‘zero-day’ attack is defined as an attack by hackers before these software patches are rolled out. For instance, if an app is released by developers containing an unknown security flaw, hackers can exploit this vulnerability before its discovery. Artificial intelligence and machine learning are being considered potential, long-term solutions by security organizations and enterprises for preventing zero-day attacks.

The most common form of cyber attack is DDoS (Distributed Denial of Service) attacks and reports indicate that businesses can lose about $2.5 million in every DDoS attack. Not only does a business lose revenue, it can also open the door for additional breaches such as malware infections and data leaks. This might end up damaging the company’s reputation irreversibly.

Put simply, this kind of attack works by using a network of infected computers called ‘botnets’ for flooding an online service with lots of traffic. This ends up consuming most, if not all, the bandwidth of the server thereby denying access to real users.

The good news is that there are DDoS protection services that can now be used for fending off these attacks. Web hosting services also offer network-level screening, flood protection and blocking traffic from untrustworthy sources.

The internet has permeated almost every aspect of our lives, but as people use it for growing more connected, a huge part of their identity is stored online. Online services, businesses,and government entities collect their personal and financial data and this is stored online. Inadvertently, this paves the way for ‘identity theft’ by hackers, which can create huge problems for consumers. Card skimming, website spoofing,and phishing are just some of the ways of stealing sensitive information.

It is possible to avert identity theft with a self-sovereign identity that grants full possession and control of identities to their actual owners. For instance, a blockchain system like DID (Decentralized id) enables users to store their personal information on a public and decentralized record. They can use their personal devices for accessing and verifying their identity when availing a service.

Thus, in the war against cybercrime, there is no shortage of technologies and tools that can be used and a proactive approach can help in achieving success.