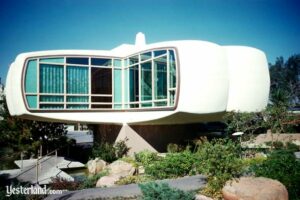 If you look at the folks stepping up to help Hurricane Harvey Survivors the most impact is generally from those that are stepping in and using their unique skills to help and not those just donating money. This is because it is simply more efficient because, with money, you introduce a lot of inefficiencies to the process. Still, if you don’t have a necessary skill, money is often far better than showing up and becoming part of the problem, for instance a lot of the untrained folks showing up with their boats are chewing up resources having to be rescued themselves. But trained folks, doctors, police, fire fighters, nurses and others with critical training are worth more than any amount of money they could afford to donate.

Technology is a force multiplier. If you take an engineer and give them a shovel they can do x amount of work, if you ask him or her to build a better shovel the result can be massively multiplied. Think of a bulldozer vs. a shovel for instance. It might take 100 strong men a day to do the work a bulldozer could do in an hour. Yet, it often seems, when it comes to asking the tech industry for help it is all about cash and not the expert help that would make a far bigger difference.

Tech firms, particularly hardware tech firms, are expert at logistics. They have advanced tools that can manage projects and assure the lowest cost and fastest result. Governments aren’t known for being great with logistics and often after a disaster like this we get stores of massive waste where money that could have gone to helping people instead is misspent because the systems used are antiquated, have a scary amount of graft, or simply were never designed for this kind of load. A tech hardware company applying its expertise could better assure that ever dollar donated was efficiently and effectively spent to provide the most progress in the shortest time for the least money. It is what they regularly do for themselves after all and they have decades to develop anti-theft/anti-fraud tools that are extremely effective making sure more of the funds go to folks that need them and less to folks that should be excommunicated from humans.

Part of the effort to rebuild should be to put in place systems that better assure this doesn’t recur. It is not only heartbreaking to hear stories of people that have gone through this kind of disaster 2 or more times, it starts to sound kind of stupid. With analytics, we can model a disaster and then anticipate problems like chemical company supplies blowing up due to lack of power by having portable power plants driven, flown, or floated in to prevent the explosion. You can see why homes, building, and water abatement efforts failed and then redesign them so they won’t fail again. Sadly, we often focus so much on having someone to blame we don’t spend enough time focused on preventing recurrence. Analytics can also show areas that haven’t been cleared, or weren’t completely cleared, so more people are saved, and establish more efficient search and rescue patterns. Finally, analytics could help make the case to eliminate long standing problems like overhead power lines which are killing a lot of folks tragically now. They could be used to prioritize spending the money the comes in to have the greatest overall impact.

While it is still too early for people carrying flying drones to step in we can easily remote-control boats and with so many live power lines in the water this would reduce dramatically the loss of life with those attempting rescue plus, with sensor, they could identify and mark out hotspots so that power could be cut off or areas avoided. While likely too late to be applied to this disaster given we expect far more of these in the future, they would be a god send later and this would be an ideal use of people carrying drones given they can better rescue people off the roofs where they are stranded. Long term having a fleet of automated or remote-controlled rescue vehicles could massively reduce the lives lost. Even a fleet of small industrial drones could more quickly locate people in dire need being able to fly far closer to the ground and in far greater numbers. The tech industry could not only help with those drones but coordination technology to make sure they operated at extremely high efficiency and safety.

Cisco sets the example with their TacOps team here, they typically deploy specially built command and control trucks that assure first responders can communicate. This has proven invaluable in other disasters and I have little doubt they are on the ground with Harvey. BlackBerry’s unique network, which sadly no longer exists, was critical to first responders during 911 and the industry’s ability to create hardened communications products that could be used in situations like this almost legendary.

One of the most disgusting things to watch during a disaster are those that pray on the people already hurting. This is, in my mind, inhuman behavior and I’d say folks like this should be treated like animals, but I like animals and think animals should be treated better. At the very least I think carriers should block all robocalls into disaster areas period unless they are coming from a legitimate agency who has qualified as someone legitimately helping. These folks don’t need to be told their computer needs anti-virus, that they can get a better credit card deal, or even who to vote. They only need to be told how to get to safety. Allowing false firms to pray on these folks, and making money on it, is unconscionable.

But our industry can use Deep Learning to more rapidly identify predictors, locate them, and shut them down with extreme prejudice. This same kind of technology has other benefits like identifying a phishing or spear phishing attack so there would also be huge revenue opportunities for later commercial services that offered this.

You know hundreds of years ago the Chinese, after getting tired of regular invasions found a way to build the Great Wall of China to stop it from happening. Granted, turned out, guarding a wall of that size didn’t work a ton better than it recently did with the wall in Game of Thrones but they did step up and try. It still amazes me that my old boss Walt Disney had a home built around the time I was born that was far more robust and able to withstand floods than most everything folks are living in today. I was around when they tried to tear it down with a wrecking ball and the ball bounced off almost taking out the crane.

Engineers can build homes that will survive disasters like this. For mobile homes, they could assure they remain mobile and can be removed and safely stored for disasters like this (though mobile homes in hurricane and tornado regions seem foolish to me). But if Walt, who was a cartoonist by trade, could help conceive a house using 1950s technology that was both affordable and invulnerable imagine what a team of our top engineers could do with today’s technology. Adding the goal that they’d need to be manufactured so they could be rapidly built to get people off the streets more quickly wouldn’t be much of a problem given there is already a company, Blu Homes, that does this. They’d just need to get the scale up and the cost down.

Generally, if you build something it is better to send what you build, if it is needed, than money. For instance, Budweiser is sending cans of water. This is because the logistics costs of buying something consume some of the value of that thing. So, for the same expense Budweiser can help more people sending caned water than sending cash. But engineers are force multipliers so while Budweiser might get 10% or 20% more efficiency, engineers could provide multipliers that could go up to 100x. I mean think of the power in your PC vs. doing anything a PC does manually.

I’m not saying folks shouldn’t donate cash, I’m saying that just isn’t the most effective way that the tech industry could or should step up. In fact, the most effect could be a combination, cash but with conditions that it be spent intelligently to fix things with the tech firms working particularly hard on the fix part. We can build cities that weather massive events like this, we can prevent people using this as a predatory get rich quick scheme, and we have the skills to make the world a safer, better place. Those capabilities are more valuable than any amount of cash we could afford to donate.

In each or out lives there are a few opportunities where we can uniquely step up and truly help, our industry has a choice. We can pay someone else, who isn’t skilled in fixing problems, or we can step in and get the job done. Maybe this once we should, at least, consider the latter.

Or, put differently, we are an industry built on the idea and concept that we can eliminate problems by preventing their recurrence, not an industry that just patches what is or hires someone else to do our job. That’s politics.

8 Tips to Help You Build a Great Budget Gaming PC

Finding the Right Caterer for Your Wedding