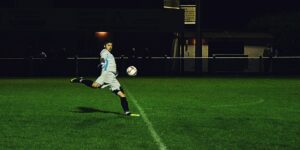 We all know the World Cup is such a huge event that goes well beyond football but it was quite interesting to hear last week the Bank of England Governor Mark Carney saying that England’s progress through the World Cup has been an ‘unadulterated absolute good’ for the UK economy.

Before him also Deputy Governor Mark Carney said that there are two main reasons why the economy might be doing far better than expected and it was down to a warmer summer and England’s World Cup achievements.

So if things are like this what will be the impact if Gareth Southgate’s men will be able to bring ‘football home’? Surely this must have a double effect as some small retailers will lose (more likely postponed) as a result of people watching the football rather than shopping however consumptions of other items like food and drinks will increase.

One thing has surely increased and this is spending on betting. Trading aggregator site Toptradingplatforms.co.uk have forecasted that UK Online Betting will increase from £1 billion in 2014 to £2.5 billion this time. It is not clear however how the gains from such a big increase in gambling will be divided between the punters and bookies and also the effect of ‘problem’ gambling which remains a massive challenge for the UK Government.

If England will go all the way it is very likely that punters will benefit from the increase in betting activities. Bookmakers are estimating a cost of £100 million for the industry if Gareth Southgate’s men will comeback to England with the trophy. If more money will be back to punters pockets than you can expect a second effect of increase consumptions towards the second part of the summer.

Another very interesting economic theory is how England progress in the World Cup is linked with increased investment (and therefore increased future growth).

The famous 1930s economist John Maynard Keynes said that the vast majority of investments are determined by emotions and the confidence about the future. A win of such prestige will undoubtedly bring a huge amount of optimisms amongst public and private investors which might drive a significant raise of investment.

So all in all there is an optimistic scenario and perhaps this could also benefit the struggling Prime Minister Theresa May to negotiate a better Brexit deal from the immoveable object of the European Commission. Having said that history does suggest to be cautious. When England last reached the semi-final of the World Cup was in 1990 and in that year the economy only grew by 0.7 per cent. In 1966 England defeated Germany but the German economic productivity subsequently surpassed UK levels. In that year the UK economy grew by 1.9 per cent. That sounds good ut it was pretty standard compared with the rate of growth of the 1950s and 1960s. And a year after the 1966 World Cup a major economic reversals of the post-war period saw the sterling going through a huge devaluation. Could that be Brexit this time?

What Your Handbag Says About You

Discover The Health Benefits Of A Floating Desk