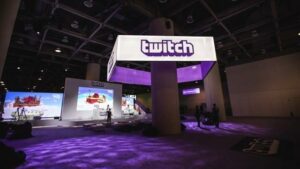 It’s time to stock up on some purple gear. Twitch Interactive has announced this year’s TwitchCon, and you can bet we’re counting down the days until we can buy our passes. Twitchers are asked to prepare themselves to bleed purple on the weekend of October 20th. Set to take place at the Long Beach Convention & Entertainment Center, the third annual meeting is slated for a new home in the upcoming year.

While some of us have the luxury of time and budget to jump on tickets as soon as they’re released, there’s some consolation for those who can’t make it. Twitch has plans to bring mobile broadcasting to the app, and Krystal Herring, former streamer and now director of the con, vows it’ll be up in time for the con so us plebes left back at home can feel like we’re right there in Long Beach. The mobile broadcasting app is all a part of Twitch’s bid to roll out their Mobile IRL. Much like the standard Twitch IRL, the core of which is interacting with your community as you go about your day in ways unrelated to gaming, the mobile version hopes to offer an opportunity to interact with viewers in a vlog-like set up from your Android or iPhone.

Convenience seems like the name of the game when it comes to TwitchCon 2017. It’s the reason why the event’s slated for a brand new location. Twitch organizers have ditched the city of San Diego for the more accommodating layout of Long Beach. With 3 airports serving the city and over 150 restaurants within a 10 mile radius of the center, attendees will find it easier to get to it and organize meet-ups beyond the walls of the convention center with fellow Twitchers.

Other than that, not much else is known about this year’s con. It’s still early days yet. We can speculate what will be touched upon in the annual keynote presentation. CEO Emmett Shear will likely have a lot to say about IRL and Twitch Creative. Now that Microsoft has announced its own version of the streaming app, Beam, we expect there will some sort of Twitch news for those using their Xbox to stream the app.

Anything else regarding the schedule, special guests, and other announcements is pure conjecture. Until more is released, it’s safest to keep expectations low and an eye towards the ticket release date. Oh, and don’t forget about finding some purple swag so fellow Twitchers know who you are out in Long Beach. Our suggestion is to match up your purple hoodie with a purple skin for our Android or iPhone. Or, if you’re one of the millions of people who are planning on streaming the event, there’s always a purple skin for the Xbox One. Xbox One skins from dbrand can let you #bleedpurple from the comfort of your own home, and luckily, the cost of these vinyl wraps are nowhere near a ticket to LGB.

However you plan on experiencing TwitchCon — in person or IRL stream — keep checking back to learn more about the latest news straight from Twitch Interactive. Sooner or later, they’ll release more information about the guest lineup, discussion themes, schedules, and — more importantly — ticket info.