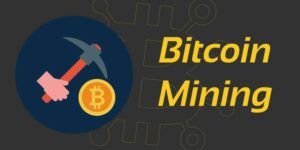 The world is rapidly moving towards a user-centric future of personal finance – where people can enjoy maximum flexibility, safety and convenience with the help of technology. One such technology, bitcoin, has created a stir throughout the fiscal world owing to its decentralised governance and market volatility.

Since the world was introduced to the Bitcoin network over the last decade, it has grown from strength to strength. The introduction and application of bitcoins signals a new wave of financial innovations. However, it’s too early to predict the future of bitcoins and whether the market will continue to grow.

But how are bitcoins mined? And is it a profitable venture to invest your time and money into?

Firstly, let’s understand a little more about Bitcoin itself…

Bitcoin is a digital currency or cryptocurrency introduced in 2009 in a white paper released by a person/group under the alias of ‘Satoshi Nakamoto’. A cryptocurrency is defined as…

“…a digital currency that’s generated and governed by the use of encryption techniques and is regulated without the assistance of a central bank.” – Oxford Dictionaries

If you are new to the world of bitcoins and want to explore it, you can buy them from a company called Wirex from anywhere in the world such as China, United Kingdom, Germany, Poland and Spain; by simply creating your account and verifying your identity.

How Are New Bitcoins Created Through Mining?

New bitcoins are created through a process known as bitcoin mining. A person or a group who mines bitcoins is called a bitcoin miner. With the help of specialised, advanced computer hardwares miners are required to solve complex mathematical algorithms to gain rewards (bitcoins). Each ‘block’ mined carries a reward of 25 or 12.5 bitcoins. Purchasing bitcoin mining equipment is an investment, a price to pay to be a part of the bitcoin mining network.

How Do I Become A Bitcoin Miner?

If you want to be a bitcoin miner, you must first have bitcoin mining hardware. It is important to note that there are many risks involved in bitcoin mining. It can be a costly venture, especially for hardware rigging amateurs. Home desktops and personal computers are not suitable for bitcoin mining – it will take up a lot of space and need a lot of computing power.

It may be tempting to join a bitcoin mining pool rather than mining on your own, but there are no guarantee the rewards will be shared evenly between miners – especially if the pool is unknown to you. Therefore, while bitcoin mining may seem appealing, you should conduct your own risk assessment to ensure you don’t get exploited. There are many bitcoin ‘investment’ scams.

A lot of people across the world are still very confused about whether bitcoin mining is profitable or not. The very simple answer to this is i:f it’s done in large scale it has a higher chance of remaining profitable. The location matters, too. As a general rule of thumb, bitcoin mining does not appear to be a profitable venture for those in the western hemisphere of the world, as the high price of electricity offsets much of the potential profit and equipment maintenance.

Until (and unless) the rewards exceed your investment, you may feel that it’s not worth it, but ultimately this will depend on your set up. If you choose to mine on your own, then it’s unlikely going to deliver the rewards you may expect. However, if you mine as part of a pool, make sure you’re aware of the risks involved before investing time and money into bitcoin mining.

Mobility – The Missing Factor in Fitness