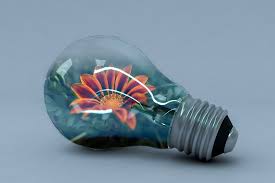 The energy market remains one of the biggest and fastest growing entities in the world, and one that is expected to achieve a cumulative value of $777.6 billion by the end of 2019. This will mean that the sector has showcased a compound annual growth rate of 10.3% in the five years between 2014 and 2019, despite an increasingly volatile economic and geopolitical climate.

The performance of the energy markets during the first two quarters of 2018 certainly seem to reflect this trend, with significant gains recorded across niche sectors such as oil, power, carbon and coal.

So, what can we expect from the energy markets during the upcoming quarters, and what impact will future trends have on the world’s commercial sectors? Let’s take a look:

Price Gains Continue to Accelerate Across the Energy Market

In truth, prices have been climbing since mid-March in the energy sector, but the last week or so has seen decidedly accelerated gains. At the heart of this increased rate of growth is the rising value of oil, which has soared following President Donald Trump’s decision to withdraw the U.S. from the Iran Nuclear Deal.

With Trump’s administration now set to reintroduce sanctions on the Iranian government (and any nations that continue to trade with them at an advanced level), it’s likely that Iran will be forced to reduce its output and oil production in the months ahead. This will create a greater equilibrium between supply and demand in the global marketplace, and the mere promise of this has seen Brent crude prices increase by around $4 per barrel this month.

This represents a near four-year high, while the recent forecasts suggest that oil prices could peak at $80 per barrel in the near-term.

According to insight from Newcastle-based Utilitywise, this represents just the tip of the iceberg in terms of recent energy market growth. To this end, the Winter 18 contract also achieved highs last seen in the dying embers of 2014, having showcased impressive growth in excess of 16% since the beginning of April alone.

This has been underpinned by a consistent relationship between supply and demand, with the impact of mild summer temperatures having been offset by unplanned outages in the UK and Norway.

With further gains also reported in the coal and carbon markets, the wider energy sector continues to showcase sustained and consistent growth in the face of unusually high temperatures and continued geopolitical uncertainty.

What does all of this Mean for Business-owners?

While market growth is never usually perceived as a negative thing (particularly for those who stand to benefit directly), it’s fair to say that the recent performance of the energy sector has delivered mixed results for business-owners as a whole.

The increased value of oil is set to trigger price hikes at the pump, for example, which in turn will force entrepreneurs to pay more to fuel their vehicle fleets or at least cover the expenses of staff members. Similarly, the gains made by coal and carbon may require business-owners to take on incrementally higher overheads, making it increasingly important that they embrace smart metres and seek out the most competitive deals.

If these trends are sustained, businesses may need to adapt their core strategies for the latter part of 2018, as they strive to absorb increased energy costs while maintaining a viable profit margin.

Is Forex Trading a Worthwhile Side Hustle?