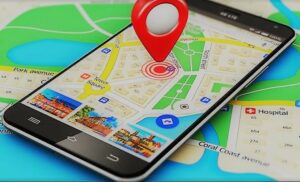 With 4.12 million roads in America, many of which have similar or overlapping names, it’s really no wonder that the majority of smartphone users take advantage of navigation apps. After all, we’ve all taken a wrong turn at one time or another, and when it happens, it’s nice to know our GPS apps are there to swoop in and save the day.

But even though GPS apps have taken much of the hassle out of traveling, they’re still not perfect. Whether it be Google Maps, Apple Maps, or Waze, every GPS app has its shortcomings. So when it comes to deciding which one to download, it’s important to pinpoint what it is you’re looking, and evaluate whether that app will meet your navigational needs.

With that in mind, here’s what you need to know about each of the most popular GPS apps in order to make an informed decision.

If you’re a loyal iPhone user then Apple Maps might be all you’ve ever known, which isn’t necessarily a bad thing. What Apple Maps lacks in data, it makes up for in special features.

If you’re an avid Siri user, for example, it might be best to stick with Apple Maps, given that Siri does not automatically pair with Waze, Google Maps, or any other GPS apps. Additionally, if you often navigate to new restaurants, Apple Maps might work best for you. Unlike other GPS apps, it’s integrated with Yelp which provides users with helpful information such as restaurant reviews, hours, and indicators of kid-friendliness.

When it comes to the quality and quantity of map data, it’s hard for any GPS app to compete with Google Maps. And according to Business Insider , it’s precisely the app’s smart use of extensive data that allows users to smoothly navigate through traffic, cutting down their total travel time. So if you don’t rely on the aforementioned special features like Siri and Yelp integration offered by Apple Maps, why not consider switching to Google Maps? Who knows– you might just find yourself sitting in less traffic.

If you’re primarily looking for a GPS app that will help you navigate around traffic, it’s definitely worth look into Waze too. Unlike Apple and Google Maps, Waze offers live traffic reporting provided by users, which can mean more up-to-date records of accidents and traffic jams. On top of that, Waze also offers a helpful traffic jam time countdown function and saves your commonly used routes, frequent destinations, and commute times.

Even though Waze doesn’t have a Yelp integration, it does integrate with Spotify, making it a great choice for anyone who enjoys streaming music on the go.

Now the only question is, will you go with Apple Maps, Google Maps, or Waze? Ultimately, the choice is yours.

Home technology shows a glimpse into the future at home