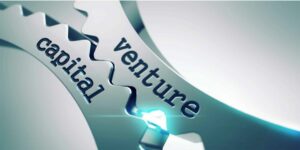 Venture investment – what is it?

Not so long ago, venture capital investments began to be talked about in the Russian Federation. Not only investors are interested in the development of venture investments, but also, those who want to get money for business development. This type of investment is initially designed for a high percentage of profits.

As you know, direct investments imply a much lower level of profitability and, as a consequence, the same low level of risk. If you plan to contact venture capital investments, you can expect a high level of return: at least 50-100% per annum. To date, you can find a lot of legal entities and individuals involved only in venture capital investments. The funding sphere for Russian artificial intelligence, which is widespread today, is at the top of the list in terms of profitability.

Similarly, venture capital investments have proven to be effective in many European countries – they bring stable high dividends to investors.

Unlike their Western counterparts, Russian investors are not familiar with venture funds, as well as with private equity funds. The Russian government’s need to introduce venture capital investment has been driven by the successful experience of its Western colleagues and the need to address the problem of significant dependence of the economy on raw materials.

In fact, venture capital investments can be interpreted as the financing of a business characterized by attractive opportunities, but not yet established on the stock exchange. There are developers of an interesting business idea, but the authors do not have sufficient funds for its implementation. This is where venture capital investment comes in.

Advantages and disadvantages of venture investments

When a startup has an interesting idea for a business, but there is no money for its implementation, venture investments will be very useful. The businessman is not obliged to provide guarantees to investors. The development of business is in accordance with the contract, there are no clear rules in terms of the distribution of parties.

In conclusion, examples of projects are provided. The cost of WhatsApp reached $ 16 billion in a few years. The cost of Twitter at the end of 2013 was more than $ 14 billion. The start of the project on the development and implementation of the virtual reality helmet of Oculus fell in August 2012. And now Facebook is going to buy out Oculus for $2 billion.