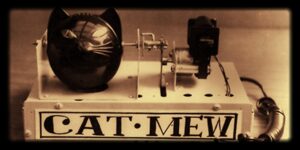 Rave reviews of clever little devices are plentiful, less so honest appraisals of gadgets that seemed like a good idea at the time, yet turned out to be completely useless. Sometimes it’s easy to bury the bad news and sometimes all it takes to dig it up again is a gentle reminder of tech turkeys and digital disasters. Here is a retrospective of some of the best tech gadgets that have a dubious track record, to say the least.

Back in the day, the novelty Rest Room Radio comprised a toilet roll holder with attached radio. Examples can still be found on sites that specialize in retro or vintage items. What visions drove the inventors of contemporary equivalents may never be known, however, driven they were and as a result there are modern tech devices that indicate the john may never be the same again.

For example, the toilet roll holder of the iPod Toilet Speaker has a built in iPod dock and speakers. Presumably destined to be much loved by the house-proud tech geek, it is, however, unlikely to be a desirable device for most people.

When it comes to smart bathroom devices Junior is not forgotten. After all why shouldn’t every potty have an attachment for an iPad for those times when concentration is required? The CTA Digital iPotty is so far out that it is in danger of getting lost, which may not, after all, be a bad thing.

While connectivity is generally thought to be a good thing, when taken too far in the wrong direction it can reflect muddled thinking and an urge to make a quick buck at best. Enter AromaCare, the “connected” air freshener. Yes, really, because controlling the scent and the strength of the odor in living spaces using a smartphone must be at the top of the good housekeeping rulebook. Of course, many non-connected air fresheners will do the same job for a fraction of the cost of this gadget. Then following on from the outrageous purchase price is the cost of replacement cartridges, which are not cheap.

Just as the vintage Rest Room Radio has benefited from an upgrade (maybe) so the nostalgia for all things retro has caused chaos in the world of back to the future concept gadgets. Take the much-mocked Keyboard Waffle Iron as another fine example of tech nerds poking fun yet again. The waffle iron shaped like a computer keyboard spawned lots of online puns and dry humor about sticky keys, maple syrup add-ons and Bluetooth failing to connect.

Seriously though, it’s worth thinking about whether a new gimmicky device is genuinely a necessary item. When trying to decide, it pays to seek out unbiased and interesting product assessments rather than relying on the reviews seen on retailers’ sites: such reports should never be considered as unbiased news.

For instance, wearables are all the rage these days, from smart watches to Google glasses, so it’s unlikely there are any useless ones out there, right? Well, the Xbernaut Poma did sound alarm bells, even if it was warmly applauded at the CES 15 years ago. Billed as a wearable PC, users wore a variety of wired gadgets strapped to their head and arm and carried a few extras in case these were needed. The whole ensemble made for an interesting fancy dress outfit, but little more as it didn’t really work very well.

Why someone felt the need to replicate the experience of popping real life bubble wrap is a question that may never be answered. The Electronic Bubble Wrap Keychain is a pocket-sized gadget that allows the user to pop bubble buttons again, and again, and again, and yet again. This novelty keychain could be considered an affront to the genuine article, taking the exquisite art of bubble popping from the sublime to the simply ridiculous.

Still in the playroom, a machine to help launch paper planes ‘hands free’ seems to undermine the important element of skill needed by humans to make a paper aircraft soar rather than dive. Product descriptions for the Electric Plane Launcher suggest launch speeds of up to 31 mph can be achieved, however, folding paper and loading a device is a far cry from creating the ultimate paper airplane, taking careful aim and personally flinging it into the air with gusto and glee.

A comfort object or a security blanket is generally defined in relation to helping small children settle down to sleep at night or providing psychological reassurance in other situations. Stuffed animals and favorite toys fall into this category, so perhaps it’s inevitable that the tech world felt the need to provide digital substitutes for those who feel emotionally deprived without beloved devices. At this point the spotlight turns on NoPhone Zero, which is at best a smartphone substitute and at worst (and in reality) a block of plastic that does, well, precisely nothing.

It’s possible to grudgingly acknowledge that the NoPhone Zero is carefully crafted to replicate the weight, grooves and cutouts of a normal phone so that holding it simulates handling a real, operable device – which of course it isn’t. If this is not enough to satisfy tech gadget withdrawal syndrome, then there’s always the option to go for the NoPhone Selfie version that, obviously, comes with a mirror on one side, presumably the ‘front’ of the device.

Finally, perhaps the silliest science kit ever invented, the Useless Box is such a crazy concept it’s gone totally viral. On the plus side, to assemble the box requires some very basic soldering skills and the ability to wield a screwdriver. The finished item is then ready to do its thing, which is to switch off. No, really, the box features a switch on the top and little else. Once a human dares to switch it on, and who could resist the temptation, a little lid opens and a tiny finger moves the switch to the off position. That’s it. What’s not to love?

Startups are a gamble – If you know how to play it, you could win