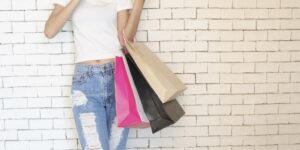 There is no doubt that e-commerce is on the advance. Some even believe that retail is dead, I personally still believe that there is life in the old dog yet, but that is a different topic.

Although a lot of people turn to online shopping, mainly because of convenience, studies have shown that brick and mortar shops are still preferred. That is why the closer the online-shopping experience is to the real-world experience, the higher the chances of success.

There is nothing more satisfying, shopping wise, than swooping through a market and throwing everything that catches your eye into a shopping cart. You see something better, you swap it out. You see something that you like, you take a few. Sometimes, only at the check-out counter, you realize that somethings might be a little out of your budget, and you have to put them back, but at least you had the short pleasure of owning them as long as they were in your cart.

E-commerce sites have adopted the concept of shopping carts, emulating the same procedure shoppers have been used to over years and it has been widely accepted. The old saying goes well here- If it works don’t fix it.

Coupons have been around for over a century. In 1887 Coca Cola introduced the first handwritten coupons for a free glass of coke. The campaign worked well and was a great success, allegedly being one of the main reasons for Coca Cola’s rise in popularity.

The Great depression gave coupons a real boom and they haven’t lost popularity since. There is a higher demand for coupons in tough times, like in the recession of 2009, nearly four billion coupons were redeemed, twenty something procent more than the previous years.

Although the use of cut out coupons is reclining, the popularity of online coupons hasn’t resided. The buy one get one for free model is so effective, that there are businesses based solely on the distribution of coupons. E-commerce has not changed the concept of coupons, actually digitalization has made it easier to distribute coupon codes or even discount codes, eliminating the labor of scanning newspapers and cutting out coupons.

It is believed that loyalty programs are even older than coupons, going back to the early years of retail. Early merchants used to give their customers metal tokens that could be redeemed with future purchases. Later on paper stamps were introduced to reduce costs, followed by stamped or punched cards.

There was a time when loyalty programs were combined with coupons. The most common use was cut out coupons on boxes, that were valid for the same product. Frequent flier programs are a modern version of such a hybrid approach.

Modern technology has made the implementation of loyalty programs much easier, allowing brands to collaborate and opened new opportunities. A lot of brands use apps to track purchases and offer freebies, coupons and rebates, the Starbucks App is a good example.

Despite the ever growing popularity of online shopping, studies have shown that consumers, even millenials, prefer the real world shopping experience. A growing trend is ordering online, and picking the product up in a store. This combines the convenience of online shopping with joy of “going out” shopping. Another positive side effect is that it will help save the high street and the local jobs connected to them.

Snoozing Tips: Have You Been Sleeping Incorrectly?