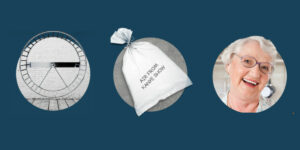 When was the last time you bought something online? Unless you are in the 5% of British people who apparently don’t shop via the internet, probably not that long ago. You name it, you can buy it online these days – and as a result we spend more than 100 billion pounds of our hard earned cash purchasing everything from clothes to electronics.

As well as buying goods via the internet, you may well sell them too. Freeads and other online marketplaces have made it easier than ever before to sell products of your own – whether that be something you have made or an item you previously bought for yourself.

The majority of things, both bought and sold online are everyday items but, occasionally, you might come across something a little out of the ordinary.

I bet you have neither bought nor even considered buying someone else’s grandmother online. Well then you might be surprised to hear that one was once listed, with bidding topping a whooping £20,000 before perhaps unfortunately for the potential buyer, but luckily for said grandma, the auction was shut down.

Alongside the grandmother, Freeads, who list everything from tarantulas to arcade machines on their site, have compiled a list of the weirdest things ever sold online.

8 Tips on How to Grow and Stand out on Instagram