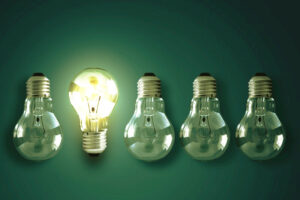 The world is constantly changing, and new technology and developments in various areas means the world is going through a lot of innovations. Many of these innovations and changes are leading to booms in a variety of different industries.

Whether you are thinking of starting a business, investing in some new technologies or simply want to keep tabs on what’s happening in business; knowing what sectors are booming is always a good plan. With that in mind, this article will look at a few up and coming sectors that are looking like they will take off in the coming year.

While the cryptocurrency and blockchain technology industry already sort of blew up in 2017, we expect that to continue in 2018 and beyond. There are so many potential applications for blockchain technology and its enhanced security and efficiency. Every industry can benefit from this technology in some way, so look for it to continue to grow in 2018 and beyond. Banks and financial institutions have already begun using it and testing, and places like hospitals and schools seem like logical next steps. While the industry is definitely up and coming, it is still very volatile and can be notoriously difficult to try and predict.

More and more states are legalizing marijuana and some countries (such as Canada) are looking at legalizing it nationwide. In addition to that, medical marijuana is already legal in a ton of different states and countries. As a result, the industry is booming and growing in a major way, and this should continue if the public continues to favour legalization. Revenues from the sales and taxes are already in the billions, and this number will just continue to rise. Not only that, but the growth of the industry is leading to many more job opportunities, which only strengthen the economy further. So whether you are on the lookout for a Las Vegas dispensary or a shop in Vancouver, you will have no troubles finding what you are looking for thanks to the rise of the industry.

Many people believe that virtual reality could be the next frontier in the tech space. While VR equipment such as headsets and games have only been available to the public for a few years, they have experienced a massive boost in popularity. Billions of dollars of revenue has already been generated, and that is largely thanks to the gamers. However, VR is more than about just gaming. It could potentially help doctors with procedures, help athletes with training, help deliver news in a brand new way and do so much more. While most products in the space are quite expensive right now, we are only at the beginning of the growth in VR, and the future looks bright.

If there is a piece of tech that has taken the world by storm more than ever over the last few years, it is likely the drone. Once only used for military purposes, millions of drones have been sold to people all over the world. Some people use them to capture amazing pictures, some to take videos, and others just fly them around for fun. But again, like VR, drones have a variety of uses far beyond using them for fun. They can be used for photogrammetry, aerial journalism, shipping or delivery, search and rescue and so many more. The industry is already worth billions, and once some of the potential uses for drones become commonplace, the industry will become much more lucrative.

While many people in the world might not be ready for renewable energy to replace fossil fuels, the day when that happens is quickly approaching. The green power and energy movement has been growing steady over the last decade-plus all over the world. Electric cars are becoming more common, as are solutions like solar panels. These are much more affordable and efficient than in previous years, so more and more people are switching every day. Not only is this sector trying to save and preserve the world, but it also employs millions of people all over the world. This industry will one day replace traditional energy sources, which could make it one of the biggest on the planet.

There is no doubting that automation is the future. The world is heading to a place where many mundane tasks and/or jobs in our world will be handled by robots. It could be hundreds of years away, or only decades. Self-driving cars are already a fairly common thing, as are robotic vacuums and lawnmowers that can clean up your messes for you. In the coming year (and beyond) don’t be shocked to see robots become capable replacements for many more tasks.

In conclusion, there are many up and coming business sectors that will likely experience a lot of growth and success in 2018 and beyond. These are just a few of them that we believe are due for some major boosts in growth and popularity.

5 Basic Questions to Ask Before Choosing a Hosting Company