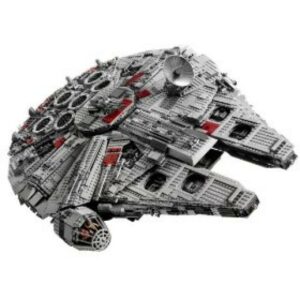 You may have fond memories growing up and being invited by your father or grandfather to go on a fishing trip with them. Of course, the first time you went you knew nothing about fishing, but that didn’t really matter. You were going with the man that always seemed to come back with the wildest fish stories, and surely he knew what he was doing.

It wasn’t until you were in the boat and heading out into the lake when the question finally hit, “How do we know where the fish will be?”. You asked, and all your grandfather would do is smile, keeping the secret to himself. Perhaps it was a family secret that you were not yet privy to and would have to earn by catching your first fish.

It wasn’t until several years later that you came to realize that, for the most part, your grandfather was full of it. His secret fishing spot simply turned out to be where his fish finder sonar equipment told him the fish would be. Still, if it hadn’t of been for that small box, you may never have caught that first fish with him in the boat with you, and for that we have primarily sonar to thank, not grandad’s legendary fishing knowledge.

Although sonar works fantastic for helping your grandfather catch the big ones, it has many other wonderful uses that we generally take for granted. For over one hundred years now, society has benefited from the use of sonar technology in the areas of:

How Does it Work?

It’s best to have a general idea of how sonar works as well as the most common types of sonar before we can really appreciate its most popular uses. There are two types of sonar: Active Sonar and Passive Sonar. Active sonar is when an electrical signal that is converted to mechanical energy (sound) is emitted into water. When that pulse hits something hard enough to bounce the signal back, this is referred to as its echo. A transducer catches the echo and sends it to a receiver where it is amplified and then sent to a visual display. The operator is then able to ‘see’ the pulses of sound bouncing off objects.

Passive sonar on the other hand does not include transmitting a signal, but rather simply listens for sound waves passing through the water, and generally has more relevant uses in the military.

Active sonar allows us to actively look for things in the water that may give us information that we would otherwise not have, whether it be schools of fish, enemy vessels or torpedos, debris or even the structural integrity of an object that is under water or difficult to access. Let’s take a look at a few real world uses.

Like we mentioned, using sonar in fishing may be one of the most commonly known uses for the technology. Whether it’s grandad looking for fish in a small pond or large fisheries searching for city sized schools, sonar is an essential tool in both cases. In fact, the quality of long range sonar equipment has gotten to a point where it’s so good that it can have profound effects on ecosystems around the world in that it would facilitate overfishing.

Municipalities and water utilities have seen a real return on assessment costs through the use of acoustic monitoring using sonar. They can now more easily than ever determine the structural integrity of pipe segments and pinpoint leaks. This has been instrumental in lowering the costs of maintaining these systems allowing municipalities to better maintain them and improve their overall water main leak detection procedures.

We’ve all seen the movies where the crew of a submarine waits and listens in complete silence to try to pinpoint the location of enemy vessels before they get destroyed themselves. While made popular by such scenes, sonar has actual relevant use in the military for just such a situation. It allows military services to monitor the seas, helping them to know where enemies may be hiding, while also helping keep their crews safe. There is a system in place in the northern Atlantic ocean called the SOSUS (Sound Surveillance System) which is a chain of underwater listening posts specifically built as a warning system for Russian submarines that would need to pass through it in order to reach targets further west. These listening posts use sonar to monitor and track potential enemy movements underwater, which again would have gone unnoticed without the use of sonar.

An All New Level of Innovation for Automotive Head-up Display