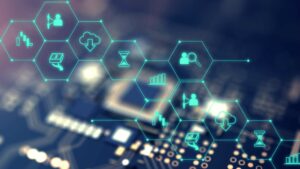 Back in 2013, when Blockchain and cryptocurrency were still novelty concepts and tech-savvy investors only interacted with them out of curiosity, few people could foresee that these new technologies would catch on, let alone start a new global revolution. A few years later, it seems that Blockchain is here to stay and that it could even shape the future of politics, economics and democracy by decentralizing ledger technologies. Last year, the buzz around Bitcoin and the volatility and cryptocurrencies also made experts pay a closer look to the technology that actually made them possible – Blockchain – and understand the many opportunities it offers for commerce, governments and corporations. The way Blockchain gives users back their data and makes complex transactions more secure and streamlined could, according to experts, have long lasting consequences on the way we do essential processes. MintDice analyzes the biggest opportunities brought forward by Blockchain and what the latest regulatory measures mean for this technology.

Regardless of the volatility of crypto, Blockchain remains one of the biggest technological breakthroughs of the century and its benefits are so far-reaching that they could still serve future generations. Effective, transparent and secure, Blockchain gives power back to the users by letting them control their data and no longer requires them to rely on a middleman to complete transactions. It creates a decentralized environment where data is stored in an interlinked network of computers and it is run by the users, not by a bank. According to experts, cryptocurrency is just one small part of what Blockchain can do and, in the future, this technology could disrupt other industries as well. MintDice introduced a new way of experiencing gaming. Barclays, one of the world’s biggest banks, carried out the world’s first trade transaction using blockchain in 2016. And it doesn’t stop there. Sierra Leone ran the first block-chain based election in March 2018 and EU representatives are considering the implementation of Blockchain voting systems to ensure unaltered elections. Furthermore, financial services, quality assurance, music streaming, accounting, supply chain management, P2P lending and contracting could all be changed by Blockchain. And if the Internet needed three decades to change the economy, Blockchain could need much less than that at the current page of tech innovations. Although many users do not understand how decentralized digital ledgers work yet, the growing popularity of this technology will convince non-adapters to try it eventually. After all, organizations are taking great strides to educate people on the potential of Blockchain; for example, Blockchain Centre Vilnius, which is the first international Blockchain hub, opened in January to help talent, investors and regulators build a global network and leverage the power of Blockchain in the public and private sectors.

Considering the fact that Blockchain and the innovations around it, cryptocurrency included, are no longer passing trends, it comes as no surprise that the matter of regulation was raised. Of course, not all governments see Blockchain in the same way. While some have been quite open about it and understood all the opportunities it offers, others have seen it as a threat to the economy and banned it. For example, trading Bitcoin is currently illegal in Bangladesh, Bolivia, Ecuador, India and Russia. Although tourists won’t probably get in any kind of legal trouble for travelling with their Bitcoin wallets in these countries, paying with crypto is out of the question.

Contrary to common belief, the regulatory environment for Blockchain in the United States is quite vague and states have had mixed responses to this emerging technology. Because to date there is no mention from the federal government of regulating Blockchain, each state decides what rules and regulations to apply. New York was the first state to regulate virtual currency companies in 2015. Then, in 2017, eight states started working bills regarding Bitcoin and Blockchain, but only some of these projects became bills:

Meanwhile, Bitcoin has the same financial safeguards as traditional assets and LedgerX became the first federally regulated digital currency options exchange and clearinghouse in the US.

The European Union, however, has had a far more coherent response. The EU’s reaction to Blockchain has been mostly positive and they urge nations to embrace its opportunities. Based on the “innovation first” philosophy, they want to explore the many opportunities of Blockchain for the economy and not only, which is why the European Commission launched the EU Blockchain Observatory and Forum.

However, as Valdis Dombrovskis, vice president of the European Commission points out, embracing Blockchain without addressing the risks would be a highly risky endeavor, which is why it is essential for the EU to build a sound regulatory framework: “Based on the assessment of risks and opportunities and the suitability of the existing regulatory framework for these instruments [cryptocurrencies and ICOs], the Commission will determine if regulatory action at EU level is required.”

Technology in business: creating an expense tracking and management system

Should Remote Workers Be Trusted To Work Outside Of The Office Environment?