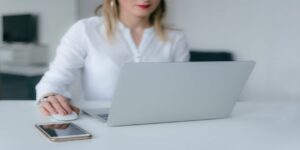 According to the 2016-2017 report from the Global Entrepreneurship Monitor, during 2016, 163 million women started businesses, helping fuel 74 global economies. While more women own small businesses than ever before, the gender gap remains widespread. According to Statistics Canada, only 15.7% of SMBs in Canada are owned by women, while 64.6% are owned by men.

In the US, according to a survey taken by the Small Business Association in 2012,1 36% of small businesses were owned by women but only accounted for 12% of the revenue. Why is there still such a significant disparity between the genders in entrepreneurship?

Why Start Your Own Business?

Owning a business is reaching the pinnacle for many people. The thought of setting their hours, being the boss, and becoming financially independent is alluring. Start-ups face challenges, require hard work, and risk, but they are the lifeblood of a free enterprise system and provide opportunities for people who wouldn’t otherwise have them.

Women are attracted to the flexibility in scheduling and the freedom to achieve balance with work and family. Also, many women have been in the workplace long enough to bump the glass ceiling, receive lower pay than their male counterparts, and experience preconceived biases. Consequently, they are looking for ways to have control over their future, get paid what they are worth, and not wait decades to do it. Entrepreneurship is a catalyst to attain independence and build a legacy while doing what they love.

Funding Can Be a Challenge

Getting funding and procuring loans are significant roadblocks facing women entrepreneurs, women are less likely to procure business loans. Entrepreneurship has historically been a male-dominated field perpetuating stereotypes that may explain why the number of women CEOs’ is lower than the number of men.

Until fifty years ago, women rarely had the means to establish credit, and their businesses evolved more from hobbies and female-related products.

That scenario has dramatically improved; however, conservative bankers veer away from high-risk enterprises, and venture capitalists tend to fund projects based on well-established networks of people with similar backgrounds even when the facts prove otherwise.

Today, opportunities for women are increasing as their successes speak for themselves, and their potential becomes more and more evident. Also, successful women are mentoring and funding other women.

Billionaire, Kevin O’Leary, a star on the popular TV show, Shark Tank  stated that the women-run businesses seen on Shark Tank have made him the most money for three reasons:2

“I can’t express how much I’m inspired by the businesswomen I’ve had the pleasure of partnering with on Shark Tank,” “They impress me more every day with their innovation, strength, and tenacity!” -Kevin O’Leary

Women’s businesses generate trillions of dollars annually, and that gets noticed. This new awareness is good news for all entrepreneurs.

Remote Team Inc.: What It Takes To Build A Comprehensive Human Resource Tool For Remote Teams