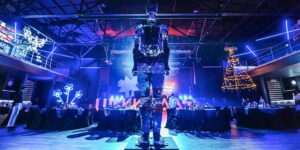 Over the last few years Ukraine has proved oneself to be the country of IT outsourcing business. It kept showing stunning 25-35% yearly growth rate despite the war threat, political and economic turbulence. In 2017 Ukrainian IT market is expected to show moderate growth of 10-15%. What are the prospects of the industry in the few coming years?

Global IT market is thriving, which makes Ukraine interesting as an outsourcing destination despite the fact that it accounts for only 1% of world IT industry.

There is, however, a number of deterrent factors that influence the ability of IT companies in Ukraine to generate growth. Most importantly, it is unfavorable economic and political situation, loss of FDI volume, lack of trust towards governmental institutions and the rule of law.

Apart from that, Ukraine is no longer among the cheapest countries for IT development. For instance, India, Brazil, and Argentine are far less expensive. Interestingly enough, Russia has also recently moved to that category due to the fall in exchange rate of national currency.

But not Ukraine. Outsourcing development has been the cornerstone of IT sector in the country for over a decade, while at the moment growth lays within a far more advanced area of product

development. Most of Ukrainian IT companies will have to align their business following that logic, while the government will have to pay more attention to creating the infrastructure and favorable

conditions for IT entrepreneurship.

In case we all keep moving following this direction, in 3-4 challenging years Ukraine can make IT one of its most profitable sectors of economy.

First and foremost, Ukraine has good potential in succeeding with this task due to generally high quality of human resources. There is a number of strong university centers in the country that produce a steady influx of specialists in computer and technical sciences.

Young people start to work in the industry simultaneously with their studies, what makes them fully competent specialists at early twenties. As an entry level specialists they have very high ambition and relatively modest salary expectations.

After a while they will most likely want and try to leave the country, and this is what we have to try to challenge as employees, the industry, and country.

Today the level of wages in Ukrainian IT is comparable to that of the most EU countries, while cost of life in these destinations vary not in favor of the EU and US. If Ukraine will manage to prompt both the economy and technological infrastructure, it will make bright minds want to spend their lives and money at home.

All the neighboring countries do already have and implement development strategy for IT. Belarus is known as the “last dictatorship of Europe”, however owns high technology park and offers low tax regime for IT business. Over the last few years this allowed for IT to become the key industry generating foreign currency revenue for Belarus. Turns out that it is extremely lucrative for a country to have supported IT sector. Ukraine will have to catch up in the coming years unless we want IT specialists to leave the country en masse.

Relocation is a controversial issue, and we know it inside out. We have decided to set up a company in Ukraine 5 years ago, and grew from zero to more than 600 people since than. Back in 2011 we thought about Ukraine as the country offering more favorable conditions for IT development than its neighbors, and so far haven’t regretted that evaluation.

We have gone through many pitfalls and difficulties of growth, as well as faced the effect of poor

ethical standards of some local business partners. However, Lucky Labs have managed to withstand a hit of discreditation and false accusations, as well as keeps position as one of the best employers in Ukrainian IT. In all modesty, we are one of the most progressive product developing companies in Ukraine, and plan to reach the 1000 headcount in the coming year.

Despite our plans to look for new business in the EU and internationally, we look forward to positive developments in Ukrainian IT and will support it to our best ability, in the country or from abroad.

Rustam Gilfanov & Sergei Tokarev are the co-founders of Lucky Labs.

Lucky Labs is one of Europe’s leading gaming developers, founded in 2006 by IT entrepreneurs Rustam Gilfanov and Sergei Tokarev in Russia. Today the group comprises an international portfolio of gaming and marketing technology companies and employs over 500 software developers internationally. It has released over 100 games, which can be found across international computer and mobile platforms.

Additional information can be found at http://www.lucky-labs.com/

My House vs. “The House”

Kajabi vs. Teachable: Which Content Management System is Better