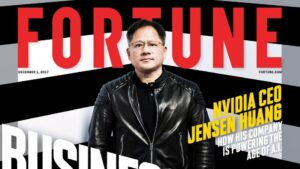 It amazes me how many companies lose massive assets they took for granted just because they want to cut budgets. Microsoft for a long time owned the opening to CES, the biggest tech show in the US, and gave it up. IBM had the most powerful marketing organization of any tech firm at the time and got rid of it. Intel had the only group of owned advocates in line with Ronald McDonald, Mickey Mouse, and Jack (Jack in the Box) and killed them. Another example was that HP had branded the big San Jose sports center called HP Pavilion and anyone flying into the city saw this before they landed and yet HP gave that up. But the biggest mistake in recent years was Intel giving up IDF (Intel Developer Forum). This was the premier hardware event focused on their processors and their mentally challenged CEO gave it up in a cost cutting effort even though it was both essential in getting Intel to dominance and keeping them there.

By contrast NVIDIA has been ramping up their GTC (GPU Technical Conference) event paralleling the explosive growth of AI and deep learning in recent years. Let’s talk about GTC as it is one of the most important tech events of 2018.

To date, GTC has hosted over 27K attendees in San Jose alone. And this year they’re expecting a whopping 8K attendees. NVIDIA received the equivalent of submissions for 800 hours of technical content. This has been reduced to just over 500 hours in order to fit within the 4 day schedule. The content areas include things like Artificial Intelligence, Autonomous Vehicles, Deep Learning, and there is even a CxO (targeted at C-suite execs) track this year.

My community is well represented with a whopping 300 reporters and analysts scheduled to attend (I’ll certainly be there as I feel this is a “do not miss” event). As with any event intended to drive the market both forward and toward a vendor’s technology there is an impressive amount of training. This year’s event includes 144 hours of it from a number of certified instructors from firms like HP and IBM as well as NVIDIA.

Because focus is critical when trying to drive technology into diverse segments the venue also has labs in a variety of areas. Historically one of the most interesting and critical, given the related problems, is the one of Cancer Research. Cancer Research in general and Medicine in particular was one of the early areas of focus for IBM’s Watson and the medical professionals I have spoken with. And I have heard speakers on the subject rave over the progress they have made. This progress includes vastly more accurate diagnosis and care which seems to scale impressively well.

As you would also expect there will be sessions specifically focused on NVIDIA platforms and technology including CUDA and Parallel Processing. Another very interesting area to explore will be the Deep Learning Institute Labs which provide critical hands on training and use GPUs deployed in Cloud resources allowing practitioners to manipulate things like active neural networks.

One of my personal favorite parts of this event is the Inception program. This is where NVIDIA highlights small startup companies that are doing amazing things and, this year, it is 75% AI. I figure this is a must-attend event if only for the chance to meet our emerging digital overlords. Seriously, this is where you go to see what will be big in the next decade. In a very tangible way it is a fascinating crystal ball into firms that could grow up to become the titans of the future.

I used to teach a course on how to do events and spent some time studying them. One of the elements, and takeaways, from that course were how important mixers are. There are a ton of mixers and contacts that can make an enormous difference in the effectiveness of projects and career advancement.

Finally, one of the biggest treats in the show is the keynote by NVIDIA’s CEO Jen-Hsun Huang. Like me he is an extemporaneous speaker (does not like to rehearse) and is even more entertaining. Granted, some of the entertainment is just seeing the faces of his staff as they try to pivot with him (I really envy him that staff as I would get shot if I did what he does). But he is always entertaining and insightful and you can often get more from one of his keynotes than from any other 10 CEOs you are likely to listen to. High in content and low in BS which is a good mix for me and, I expect, for most of you.

And, unlike some other CEOs, his focus has always been on growing his company and not making a buck from selling all his shares.

Wrapping Up: Changing Of The Guard

Intel is pulling back from the market and NVIDIA is stepping up their game with GTC this year. It continues to amaze me that firms like Intel give up leadership easily but that allows for challengers like AMD, NVIDIA, and Qualcomm to step into the void and GTC is a showcase for NVIDIA’s big move.

Jensen Huang has really been pushing the envelope at NVIDIA and they are the firm to beat in the emerging AI markets. Clearly, as the picture above highlights, the market has taken notice. I think the King is dead, long live the new King!

9 Small Business Trends to Watch in 2018

What Is The Best Credit Score To Get a Personal Loan?