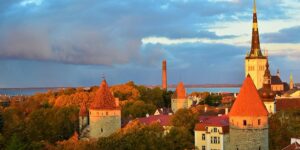 Because of its political leadership, its culture, as well as the success of Skype (one of the start-ups built here), Estonia has become one of the leading countries for creating a start-up community. A few years back, obtaining a work permit was the trickiest part of moving to Estonia to build a business; however, with their newly introduced visa program, it all has become quite simple.

Startup Visa, the new program, was introduced in the beginning of 2017 in order to encourage non-EU entrepreneurs to launch new businesses, as well as allow others to become move there and become employees. Within six months of the new program being introduced, there were over 43 people who received a green light for their business idea, and 13 members who were granted a residency permit. This can help people find work, dream up a business plan and help Estonia grow as well.

There are some rules for people wanting to move to Estonia and join their startup program, however. First and foremost, you have to make sure the business actually fits within certain restrictions put forth by the Estonian committee. Your start up needs to have potential for global growth, it needs to be innovative and in the end, needs to be reviewed and passed by the committee of Estonian locals. You also need to make about $153 dollars a month (and be able to prove that number) in order to sustain yourself in country.

If those restrictions are passed, then the world of Estonia opens up for you. Fortunately, the leadership in Estonia, as well as it’s supportive community, can beat out the cold weather (and very dark, sunless days). President Toomas Hendrik Ilves, the country’s fourth president in modern times, is a self-proclaimed geek. An iMac, an iPad Air and an iPad 2 adorn his desk, according to some sources, and Twitter has become his main platform for communication; even when arguing about the need and importance for technology with local economists.

Interestingly enough, Estonia has become one of the most advanced e-governments in the world. The country has adopted e-voting, an e-health system and allows e-signatures as well. They are also well known (and applauded) for having what is called a flat tax. So, if you are a local, it is extremely easy to log online, pay your flat tax and sign with an e-signature.

The size of Estonia plays a big part of why they have introduced this new visa program. It’s just simply too small of a country. In order to create a domestic market, they needed to outsource. This is where you might possibly come into the scheme of things: Do you have what it takes to start up a business? If so, the can-do attitude of the people, the flat tax, e-government, and the Startup Visa can now make all your dreams possible.

So, pull out the lemons and make some lemonade to sell in your neighborhood! (and start learning how to make a great cup of hot chocolate for all those freezing nights) Or pull out your used electronics just laying around the house and sell old laptops for top dollar! You need to have a certain amount in your bank account and be able to prove you can make the monthly income requirement before applying. Fortunately, you can quickly get the needed funding to create for yourself an opportunity of a lifetime! Who knows, that idea that you’ve had in the back of your head for the next big, global business, might actually have a chance at becoming reality!

Why You Should Visit Your Dentist Bi-Annually