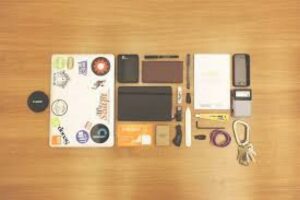 It shouldn’t be surprising to any business owner when they see that half of all business fail within five years. Launching a business is incredibly difficult, and the countless number of challenges leads to businesses shutting down on a daily basis. However, there are some businesses that succeed, and some of these businesses succeed more than others.

There are often varying reasons as to why a business will succeed when others fail, and often, luck is thrown in the mix as well. But the businesses that do succeed offer valuable lessons to be learned, and we decided to examine the top five startups of 2018 based on their revenue growth or changes in valuation and potential to disrupt an industry.

Normally, we’d recommend caution against valuing a company whose entire value proposition is built off buzzwords like AI or supercomputing. However, Noodle is the rare exception. It was founded in May 2016 and it’s raised over $50 million to date. While that’s nothing to scoff at, it’s by no means a large sum compared to the hundreds of millions of dollars that others on this list have raised in 2018 alone. So what makes Noodle so great?

Noodle makes our list because of its innovation and sheer focus on user experience. Few entrepreneurs would dare to tackle industry giants like IBM or Accenture head-on in the enterprise tech space, but Noodle did just that. Noodle builds custom applications for clients that leverage massive amounts of data to solve a large variety of problems. Each solution stems from Noodle’s own in-house platform. With a few success stories already in its pocket, Noodle is well positioned to further expand and grow its capabilities in 2019 and beyond.

It took less than a year since being founded for Bird to reach a valuation of $1 billion. That makes Bird the fastest company to hit $1 billion in valuation, ever. One month later, Bird quickly doubled its valuation to $2 billion. That probably has something to do with the fact that it’s founded by the likes of Travis VanderZanden, a former executive of Lyft and Uber, and the fact that the idea is pretty revolutionary. It’s the first major company to offer ridesharing with electric scooters.

However, Bird fails to capture the No. 1 spot on our list due to the complex issues it still has to work out. Contractors who charge the scooters have reported several conflicts with other contractors, and cities are banning Bird because many scooters are simply left in the middle of the sidewalk. Bird has certainly exceeded the highest expectations, and it is definitely one of the top start-ups of 2018.

Founded in 2013, Robinhood started with an ambitious goal to offer users a free mobile trading platform. It was predicted to be a huge success from the start, as its waiting list had over 500,000 sign ups. Fast forward to 2018, and it now supports over four million accounts. That’s more than the number of users on E-Trade Financial.

Since then, it’s progressed well beyond its MVP stage by building a complementary crypto platform, a premium account with the ability to trade with margins and the ability to buy options. Robinhood started off last year with a valuation of $1.3 billion and is now valued at $5.6 billion, per its latest funding round. As the fastest-growing brokerage ever, it’s safe to say that 2018 has been a good year for Robinhood.

Like other start-ups on this list, Root was valued at over $1 billion in 2018. It’s not yet available in all 50 states, but it aims to be national by the end of 2019. As great as its high valuation and innovative way of pricing insurance are, Root Insurance makes our list because of its ability to pivot and reinvent itself. It initially started as a data collection service with the hopes of partnering with an existing auto insurance company. Soon, Root decided it’d take a swing at becoming an auto insurance company itself, and 2018 has shown that it’s well on its way to success since it made that decision.

At this point, everyone has probably heard of the legendary rise and fall of Bitcoin, the marquee coin that acted as the poster child of cryptocurrency. So how does Coinbase, a company that acts as a digital wallet for cryptocurrency, rank in our list when nearly all digital currencies took a plunge in 2018? Well, its value has recently skyrocketed from $1.6 billion in 2017 to around $8 billion in late October of this year.

After Bitcoin and other cryptocurrencies fell by over 65% this year, Coinbase moved quickly to recover by shifting its focus onto institutional investors. Coinbase has since launched a separate suite of services for professional investors, it now supports a U.S. dollar-backed cryptocurrency to help bridge the gap between fiat currency and digital currency, and it continues to add more cryptocurrencies to its platform regularly. Coinbase’s resilience and creativity to continue to add value has persuaded investors to keep their faith in a volatile and fledgling industry, which makes Coinbase a top five startup in our eyes.

What are the takeaways?

There’s a common theme here of staying deadlocked on user experience. Root might be the most dramatic example of that since it repositioned its entire company and product to keep user experience as optimal as possible. That kind of focus and flexibility is crucial to success in today’s market. Even Noodle, which could be entirely focused on its impressive technology, stresses that its technology is only a method to reach the ultimate goal of improving the user experience.

However, having the ability to restructure ideas and products on a whim can be expensive. Despite what you might see in the news, it’s incredibly difficult to qualify for large funding rounds with venture capital firms. Instead, we’d recommend affordable small-business loans or a business line of credit, which can drastically help expand your business. Debt financing won’t be as large as these monstrous venture-funding rounds, but it’s still crucial if you want to take your business to the next level.

Break Through These 5 Common Business Mistakes for Military Veterans

Ways for Speeding up Your PC to Play Latest Games