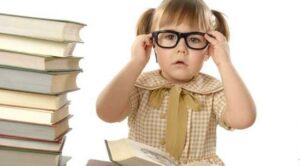 The inventors of Apple’s digital assistant Siri have announced that they are building a new assistant that will have “almost limitless capacities.”

The new AI has been dubbed “Viv,” latin for alive, by its creators Dag Kittlaus, Adam Cheyer and Chris Brigham. They want to create a “global brain” that “radically simplifies the world by providing an intelligent interface to everything.” What this translates into for end-users is a digital assistant that can answer complex questions and deal with complex requests.

Highlighting a frustration with the current digital assistants, Cheyer told Wired: “Google Now has a huge knowledge graph — you can ask questions like ‘Where was Abraham Lincoln born?’ And it can name the city.

You can also say, ‘What is the population?’ of a city and it’ll bring up a chart and answer. But you cannot say, ‘What is the population of the city where Abraham Lincoln was born?'” However Viv, once completed, will be able to facilitate requests like “On the way to my brother’s house, I need to pick up some cheap wine that goes well with lasagne.”

But the team are not just content with building a great AI. They’d like to be the only AI, Kittlaus said.

“Let me just cut through all the usual founder b******t. What we’re really after is ubiquity. We want this to be everywhere, and we’re going to consider all paths along those lines.”

Ultimately Viv will be a service that earns its keep through referrals, taking cuts from the services and items users ask Viv to purchase. George Morgenthaler, the original Siri funder, has “very high confidence” for the service but highlighted the challenge of making all the third-party services and components work together as a major roadblock for the fledgling AI.

Obviously there’s no release date yet for Viv (the website is just a splash page), but nevertheless Scarlett Johansson’s character in “Her” may soon be a reality.

Yo gets more wordy