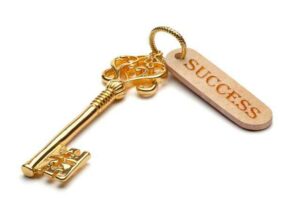 In a recent article on the Entrepreneur website, Thomas Oppong lists nine things that are common among successful entrepreneurs. Obviously there are a lot more than nine important things that you’ll need to do in order for your startup to survive but Oppong’s list is a good place to start.

Next is to focus on what you do best (and have fun doing it). “Successful founders know what they can do and just focus on that. Hire smart people and trust your team to deliver, and they will get the job done without your direct involvement,” writes Oppong.

Third is to view every problem as an opportunity rather than a distraction. “Successful entrepreneurs always think outside the box and figure out how to recover from failure, move on and try again without giving up.”

Even though it seems to contradict item number two, successful entrepreneurs are always open to new ideas and stepping out of their comfort zones. They tend to foster relationships with people they respect even if those people are not in the same field. Entrepreneurs are also always eager to learn new things. “They have an innate desire to keep getting better at what they do. If they don’t have the answer, they want to learn everything there is to know about an area that is unfamiliar to them,” says Oppong.

Good entrepreneurs also keep track of short-term and long-term goals and know how to celebrate the small wins with the team while still keeping an eye on the big picture.

According to the article, “Successful entrepreneurs maintain laser focus on the end goal. They seek to serve customers better than the competition and strive to do just that. Through innovation, great entrepreneurs deliver new, better and improved products to stay ahead of the competition.”

And finally, as you might expect, successful entrepreneurs are obsessed with getting work done smarter and faster, not harder. “Smart entrepreneurs create realistic schedules they can actually achieve within a given period,” says Oppong. “Set yourself up for higher productivity by creating a realistic to-do list and limiting how many items you add to your list of things to do every day. Evaluate yourself by how you get things done rather than the time it takes to get them done.”

The article is only one of many useful reads on the Entrepreneur website so it’s worth checking them out. You can read Oppong’s article here.

Be the app, my friend, be the app

Worst job search in the world