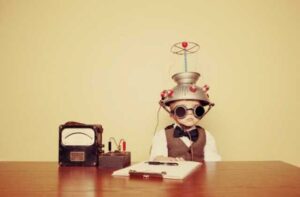 I’ve been a fan of crowdfunding sites like Kickstarter and Indiegogo for a while now because they sometimes bring to light some ingenious ideas (and some downright silly ones too). But recently I’ve noticed more and more projects that are downright stupid, absurd, technologically impossible, derivative, self serving or outright scams.

In the past month I’ve seen a bunch of automatic plant watering systems, a score of fitness apps, GPS tracking devices for kids/pets/bikes, quad-copters galore, device chargers, apps to teach kids how to read, various robot kits, more than a handful of 3D printers/cutters, numerous camera stabilizers, solar-powered any- and everythings, more bike gadgets than you can count and dozens of social media dating site ideas. And these are all legitimate projects put forward by people who honestly believe in what they are doing.

Mixed in with these are the ‘I need a new car’ or ‘I need a new PC’ or ‘I want money to restore an antique vending machine’ or ‘let’s build a sustainable garden in Pittsburg’ projects – basically people begging for money.

But there have been a growing number of ideas that harken back to the days of charlatans, swindlers, cons, frauds and quacks.

Sometimes these scams are amusing until you realize that many of them are actually getting people to pledge money. Seriously people? Do you honestly believe that someone can actually build a time machine or a homemade fusion reactor?

Unfortunately the crowdfunding ideas that are actually worthwhile are being buried by the mundane, stupid or blatant attempts to get rich quick based on pseudoscience and scams that have been around for hundreds of years.

I’m afraid that if the people who manage crowdfunding sites don’t start weeding out the inane, personal pleas for money and the simply impossible or fraudulent projects the whole concept of crowdfunding is going to slip into oblivion.

Is your phone ruining your sex life?