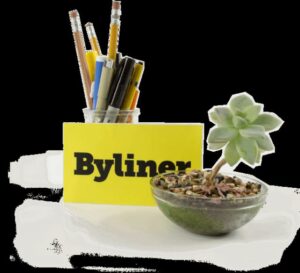 According to an email message that was published by PandoDaily:

We’ve struggled to reach the level of growth we’d been hoping for the business, and thus we’ve begun conversations with possible partners about the future of Byliner. We’re working to find a good home for our platform and your stories, and we’ll be in touch shortly with specifics about your titles. If you have immediate questions about your revenue reports and payments, please use author@byliner.com.

The truth is that the Internet is a lousy business model for traditional longform journalism. Companies like Medium may be trying to create a market for longer, essay type articles, but with the proliferation of mobile devices it is hard to see how you can keep people engaged on longform written pieces.

This is a crisis for journalism as newspapers shrink their teams and news readers flit from story to story through social media referrals. But it isn’t the end of journalism. Journalism will have to adapt just as book publishing and the music business have had to adapt. Unfortunatley, no one seems to know what that means exactly.

Byliner, which seemed like a promising startup for a new form of journalism when it launched in 2011, has apparently hit a rough patch. It’s no secret that I was bullish on Byliner, the e-singles startup that launched with a splash in 2011 with bestselling author Jon Krakauer’s “Three Cups of Deceit.” That e-single, which exposed Three Cups of Tea author Greg Mortenson as a fraud, briefly became the #1 bestselling nonfiction title on Amazon and remained on the Kindle Singles bestseller list seven months later. Byliner went on to launch new initiatives like subscriptions and signed deals to bring its works into print. The company’s innovation — and partnerships with companies like the New York Times — was one reason I declared 2012 the year of the e-single. The hiring of Deanna Brown, the former CEO of Federated Media and Inside.com, as president in 2013 also seemed as if it could be promising. But it looks as if I was moving too fast: In recent months we haven’t heard much from Byliner, and news emerged Tuesday that Byliner emailed its authors telling them the future of the company is unclear.