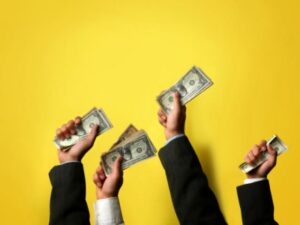 Crowdfunding, particularly in the US has exploded in the past few years and many startups are using this new approach for raising capital. These days there are dozens of crowdfunding websites springing up, but they aren’t necessarily for everyone.

Traditionally people just starting a new business had few options when trying to raise startup capital – use your own money (or tap relatives and friends), go to a bank or other lender, try venture capitalists, or find an angel. Today crowdfunding sites can provide quick, no-equity funding for just about any startup, but they can also force you to take a good hard (and sometimes unpleasant) look at your startup.

Not long ago Lyn Blanchard posted an article titled ‘Is Crowdfunding right for you? Pros and Cons’ on the Wavefrontwireless.com site (see the full article at ). The article brings up some very valid points.

Some of the pros mentioned in the article are very appealing for someone looking for seed money.

First, and most obvious, is the money. Some high-profile startups have raised literally millions of dollars using crowdfunding. For example, the “Pebble” smartwatch Kickstarter campaign raised over 10 million dollars a few years ago. Now you might not be sitting on a 10 million dollar idea but if you’re looking for something in the less than $100,000 range then crowdfunding might be just the ticket.

Another advantage to crowdfunding is that you don’t have to give up equity in order to get funding. Usually companies looking to raise money on crowdfunding sites offer some sort of incentives to backers such as a free version of the product when (and if) it ever goes into production or similar (sometimes trivial) rewards, but even if you give away a thousand widgets once you get rolling that’s a far cry from giving up half the company to a venture capitalist.

Yet another very appealing element to crowdfunding is the speed at which things happen. Most sites set a specific limit (usually 90 days) on how long a campaign can run before it is either funded or not. That means you could have your seed money in the bank in just a few months rather than years.

Of course if your campaign flops then you’re going to have to take a long hard look at what you are trying to do or at least how you present your idea.

There are other downsides to crowdfunding as well. According to Blanchard’s article, consumer oriented ideas tend to do better than business-to-business concepts. People get more excited about new ideas that might influence them personally rather than ideas that benefit businesses they may never interact with. Crowdfunding is a personal, almost visceral thing. This also means that highly technical or complicated concepts are more difficult to pitch.

Another potential problem with putting your brilliant concept on a crowdfunding site is the fact that someone might steal it. I don’t know if there is any evidence that this has ever happened but it certainly could. A lot of entrepreneurs simply aren’t willing to present their ideas to a million strangers without some assurances that their IP won’t be stolen. Obviously if you’re going to try to raise money on a crowdfunding site you should take some steps to protect your ideas – a provisional patent might be a good place to start.

There are other pros and cons when considering crowdfunding as a way to raise seed capital. Check out the article mentioned above, do a little research into the various sites and how they operate, and then decide if crowdfunding might be a good fit for your startup.