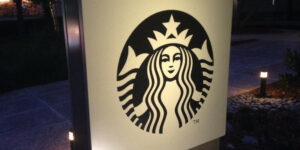 With news that the company is planning to add 12,000 new stores to its global collection by 2021, Starbucks is now looking to move with the times and deliver its steamy treats in the most diverse ways possible. As part of the company’s new five-year plan, Starbucks Corp Chief Executive and co-founder Howard Schultz announced his “Reserve” initiative. But is it a good idea?

The new Starbucks cafes will offer a greater “experience” and artisan coffees for those who now see the brand’s original venues as a little too “pedestrian”. With 1,000 of these stores set to open by the end of 2017, Reuters reports that people are willing to pay more (around $10 a cup) for their coffee, as long as it comes with a certain number of bells as whistles.

In fact, evidence for the discrepancy in Starbucks pricing has already been indicated by Couponbox research. The savings and voucher site recently compiled a comparison chart looking at the cost of a Starbucks coffee around the world. Taking four products, Cappuccino, Americano, Latte and Syrup, Couponbox found that Bern in Switzerland is the place where you can buy most expensive Starbucks coffee ($6.06 for a cappuccino) while if you’re in Warsaw in Poland, local Starbucks will sell you the same coffee for just $2.85.

Cheap Coffee Appeals to All

Taking this research a step further, Couponbox also found that home delivery was the cheapest option for coffee lovers. A review by Couponbox found that it costs just $0.67 per ounce of Starbucks coffee (excluding milk) to have it delivered to your door. Yes, you’d have to purchase a 12oz bag for $7.99 and yes, you’d have to make it yourself, but the fact remains that, to many, quality coffee for a cheap price is still a priority.

So, it would seem that Starbucks has something of a demographic dilemma on its hands. On one side, millennials are now demanding something more from Starbucks in order to elevate their brand above the myriad of coffee shops out there. On the other, consumers still want cheap, convenient service that doesn’t come at a premium.

With this being the case, it’s hardly surprising that just 1,000 of the 21,000 proposed new shops will be reserved for the coffee elite. While Schultz is clearly keen to move into a space where quality is favored over efficiency, this might not be what the market wants. Although Starbucks was one of the original coffee shop chains when it launched in 1971, it’s now just another player in a billion dollar market.

Although Reserve cafes may help Starbucks push back against some of the indie coffee shop movement, its target audience is the quick hit-and-run drinkers. Fortunately, the company hasn’t put all of its stock in these new highbrow shops. Indeed, the recently previewed My Starbucks Barista AI system of ordering looks set to make the process of ordering even quicker.

Using AI-based voice command technology, the Starbucks app will allow users to talk to it to place an order. After processing the command, the order will be pushed through to the user’s preferred Starbucks store and, in theory, it should be waiting for them when they arrive. This clever use of voice technology is another sign that Starbucks isn’t putting all its faith in the Reserve project.

Just as it understands that people will often choose a service like Peapod in order to get Starbucks coffee in the cheapest possible way, it also knows that people don’t want to hang around and wait. Although there is some value in the “experience,” Starbucks is undeniably a part of the “fast-food” industry and this latest innovation just goes to prove that. In reality, Starbucks has the power to swing both ways, but if push comes to shove, it’s unlikely its Reserve shops will be the way forward for the brand.

Make Money By Renting Out Office Space At Home