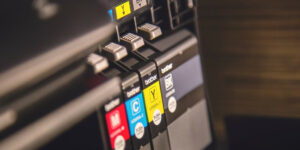 In a word, no, and here’s the rebuttals to the seven most popular myths that stand between you and some bargain toner!

To be fair, there will be some dodgy drill and fill companies out there – they just drill a hole in the cartridge, bung some toner in, seal it back up and sell it. Most remanufacturing companies, however, are decent; they replace worn components (including the image rollers and chips), clean the cartridge, test it and then sell it. Look at the reviews on a toner supply website before you part with any money, just to be on the safe side. Established retailers know what they’re doing and only buy in from reputable remanufacturers.

Third-party toner is inferior to original

With chemical toner now being available to remanufacturers, these companies are able to achieve the same chemical compositions, and therefore the same print quality (in all printing modes), as the original manufacturers.

They just reuse old toner in the cartridges

This is just nonsense! As toner is used, small amounts of paper particles, dust and other substances, as well as a gradual build-up of electrical charge, gets into it. This makes old toner unusable. On top of this, each manufacturer has a different toner formulation, so if remanufacturers were really sweeping up old toner off the floor and mixing it all up, well…it’d be a disaster.

These cartridges are very neat and make very little contact with the insides of the printer. Occasionally some toner might escape, so most printers have a waste box for these errant particles anyway. Remanufactured cartridges are no more likely to damage the internal workings of a printer than new ones, and cleaning up escaped toner is part of your printer maintenance anyway!

The empties returned to the big manufacturers are reused, so why buy from a third party?

Maybe once upon a time this was true, but years of experience from long-established office supply retailers should be enough to tell you that it’s no longer the case. Most users report no difference between originals and remanufactured, and there’s the advantages of lower costs to both customers and to the environment.

Again, not any more. Both the European Union and fair trade bodies in the US took action to stop printer makers from voiding warranties if damage occurred due to use of remanufactured cartridges. In any case, most problems are caused by user-error, rather than the cartridge, so be careful out there, people!