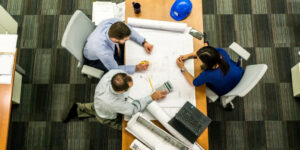 There’s a certain amount of responsibility that comes with running your own business. Small business owners may not think about it too much, especially if it’s just them and maybe one or two other family members helping them run the store. It’s easy to think, “People barely know I exist, so what else should I be doing?” Plenty, as it turns out. Different states have different business requirements, but you may very well need to do things like obtain a business license for your store, and depending on what you’re selling, you’ll also need to make sure you’re charging the appropriate local and state sales taxes. If you aren’t, then you’re risking the very future of your business. This is no time to be sloppy.

Sales tax rates vary tremendously by state and city. Five states have no sales tax: Oregon, New Hampshire, Montana, Delaware, or Alaska. So if you’re running a business in Portland or Anchorage, you might have lucked out. However, some cities within those states may still be able to charge local sales taxes, so make sure before you conclude that it’s not your problem. In other states, there’s often a base sales tax charged by the state that cities, plus an additional rate collected by the city. So you may live in a state with a sales tax rate of 6 percent, but also in a city that taxed on an additional 2.5 percent. It can all get complicated pretty fast, which is why your business really needs either a tax accountant or tax lawyer.

Sometimes the higher-taxed states can be a real pain in the rear to figure out, so if you’re located somewhere in New York, maybe it’s time to look up a Long Island tax attorney. That’s especially true if you’re already running into problems with the IRS or local government officials. Once a tax problem sprouts, it can grow incredibly fast until it overwhelms everything else. You don’t want to be one of those businesses that is boarded up and closed for failure to pay taxes. Those places do exist, and there will often by notices from authorities papered all over the building as a way of letting the community members know that this business owner didn’t pay their fair share.

It’s a lot easier to pay your fair share to start with rather than try and catch up later. Once you catch the attention of taxing officials, it can be hard to get off their radar and return to your first priority, which is selling the products or services you’re passionate about to people who want to buy them, regardless of if they live down the street or halfway across the country. A product like Zip2Tax’s sales tax calculator might be just the tool to make running your business easier. A lot goes into making your business run smoothly. You have to buy supplies and make sure that the people who work for you are getting paid fairly. It requires a lot of balance and a lot of focus, and you don’t want to let anything derail what you’ve worked so hard to build.

Why Offshore Product Engineering Solutions Are Essential for Your Business