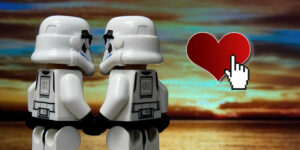 Silicon Valley has dipped its techie fingers in scores upon scores of pies- and I’m in no way referring to the type made in the oven. And of these proverbial pies, one of the most profitable is the dating apps. It seems like the mother of technological invention finally concurred with the saying that all roads lead to love. Well if I’m honest it’s not much of a saying, but more of an observation anyone with an analytic mind can see clearly.

In the recent past, millions of folks have turned to the internet looking for love or better yet a quick shag. This made sex apps and dating app balloon out of the woodworks and take center stage in the technological world. Ok, that’s a bit of a stretch, but it does drive home my point that entrepreneurs’ appetite is whet for a piece of the dating app pie. ”We have seen a few key players like Tinder and Ok Cupid to thousands of fetish sites,” says dating expert Brad Jeffries of Chatline Connect, “not to mention phone chat lines that have been on the steady incline.”

This pie is so sweet – forgive the excessive use of the analogy – that desperate startups decided to make headways by setting up their tiny but constant users. Have you heard of 3ndr, (articulated as Thrinder)? Well, you can clearly tell they are trying to capitalize on the broad user base of Tinder. Only it’s not as modest-it’s an app for sourcing threesomes hence the 3. More like farmers only meant for farmers, no brainer. As you dig deeper, the apps just get more peculiar. Take a look

The quirkier, the better

There’s IntimiDate, meant for brainy lads and no one else. You know, the likes of Harvard graduates with perfect GPAS. Not to mention the six pack abs and lots of sperm in the bank. Any dim-wit need not apply, I assure you, and you’ll feel out of place. What of Bi & Large which is pretty much self-explanatory. For the lesbian suburban look no further Outskirts has got you covered.

There are also industry-centric apps like Thatch.com and Meatpeople. The former is for folks in the roofing industry whereas the latter is for meat packers and butchers and anyone who has a meat fetish. As you can tell this is no long term prospect kind of thing, it’s mainly for adult fun.

You’ll agree that if nothing else, the names of these dating sites are quite witty and catchy. But not all, some are just disturbing. Take Pedalphile for instance. I bet you confused it with pedophile right? Well, it’s got nothing to do with children, it for bicycle enthusiasts.

Now, these dating apps are not limited to people alone. Who said dogs don’t have needs? Humpr is a relaxed dating app for –yeap you got that right- single dogs. It runs on the Tinder tech of swiping left and right of nearby pups. Well, I bet you are wondering what next? If it’s a match, the puppies meet in an open public place like a dog run.

You’ll agree with me that there is no dearth in dating apps these days. If you are planning to join their ranks be sure to find a quirky niche and you’ll be good to go. Forget love just center it on the fun.

How to Lose Weight in College: 20 Tips to Guide You There

TRANSCENDING THE MYTH OF DIGITAL PHOTOGRAPHY