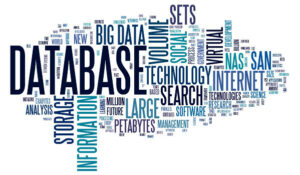 Google publishes once a year the so-called “Google Year In Search”, where it evaluates the most common searches in different categories. This list is limited and therefore provides only a small view of what the world is actually looking for.

As Martin revealed to us in the interview, he gathered information for over two years, because Google guards its information very carefully. “It was the battle of David and Goliath. Collecting information is based on the use of Google Suggest. When you enter a letter into Google search, Google suggests 10 most frequently searched words starting with this letter. When you add another letter, Google suggests another 10 words beginning with this term, and so on. That’s how I got the letter after the letter getting larger and larger database of the most frequently searched words. Of course I did not do it by myself, but the program I wrote. But I had to be very cautious because Google detects any automatic search activity and then block any such attempts. Subsequently, after I collected the database, I used Google Keyword Planner to get the number of searches per month for each word.”

As Martin tells us, he plans to further develop the database if Google allows it. So now 1:0 for David (vs. Goliath), but it can easily change, as Google has almost absolute power in the world of searching. At the time when we face new disclosures about collecting sensitive data by big companies, it’s nice to know that there are still modern Robin Hoods who try to reveal the data of giants to us.

We remind that KeywordsApp is not the first interesting project by Spano. A few months ago he released an online tool and Android app called SearchApp (www.SearchApp.io) which enables advanced search on Facebook, something that is even not possible using the standard Facebook Android app itself.

The database might by found on www.KeywordsApp.com.
You can also take a look at the YouTube video he made

Breaking the Cycle of Tech Addiction