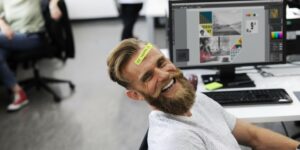 While going on with our various duties in the workplace, it’s never a rare thing to hear particular office-speak that in a way sounds odd and out place, while at the same time is funny and might leave you laughing or even holding on to your breath if the boss is around. The hilarious aspects of office speak often come about if the statements are taken literally. This piece seeks to discuss some of the most common office clichés and their actual meaning.

Run it up the flagpole

So you’ve walked into your supervisor’s office, after a brief conversation he/she gives you a memo and says, “run it up the flagpole.” If you were to take this literally, you’d probably wonder what to do next, but in reality, the statement means to inform people (in this case your colleagues) about it. In some other instances, the report refers to testing the popularity of a particular concept.

This particular statement refers to achieving the impossible. When your boss uses this statement while assigning a specific project, You ought to know that you’d need something more than a miracle to be able to achieve it. The origin of this statement finds its traces back in ancient geography, and to date, it’s still relevant.

Playing hardball as compared to softball is a more challenging task, In the literal sense, the ball in hardball is often smaller while at the same time harder as compared to the ballplayers use in softball, the rate at which the ball is passed to you is also faster. This is what makes hardball a challenging game. When in the office, the statement is usually aimed at telling an individual to push for a harder bargain and at times negotiate more than you’d often expect.

In this respect, office speak may appear grammatically unsound when taken literally of course, but at they make perfect sense to individuals working in these environments as they know what’s expected of them when the statements are made.

You can read More on such office cliches at Headway Capital.

How to Get Cheap Car Insurance?