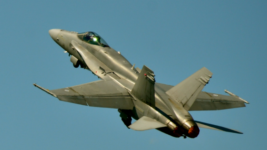 Private jets have recently become a little more available to the affluent. There used to be simple schemes once. You book a private jet of your choice without any discounts or special offers, and you used to receive the same in a given time. Now, the aviation sector is proliferating with new and ingenious startups sculpting the industry into something beautiful, studded with private jet plans that make private flying cheap and easy.

The precursor to this movement is the rather unique business model of JetSmarter, where customers can use an app to book a private jet prices a shade more economical than the regular private ones. This idea was made possible through CEO Sergey Petrossov’s innovative approach and the under-utilized private jet inventory around the world. The company offers five different flight plans that differ in prices and the nature of services. These are categorised into three tiers of memberships: Pay As You Go, Simple, and Smart – which seems rather convenient since all these categories appeal to different segments of customers.

Again, the genesis of JetSmarter’s offering stems from the rather inept market of private jets in the aviation sector – both commercial and otherwise. JetSmarter’s CEO Sergey found that there are more than 20,000 private jets flying every day in the USA. An average private jet only flies 200 hours a year, which should actually be 1,500 hours. In addition to the same, almost a third of the plane seats are always empty.

The inefficiencies stacked up and created a huge blob of disorganization that wasted money. Petrossov believed that these inefficiencies could be cut down to reduce private jet costs. Following the success of JetSmarter, Surf Air and VistaJet followed suit. That seems a fairytale in the new market’s growth and effectiveness albeit the reports of bad experiences in US’s aviation sphere.

There are more such companies, namely Victor or Wheels Up all which points to the speedy development of the aviation sector. The affluent wish to book private jets more than flying business class on a normal flight. That aspect as well as a rightful comparison with Uber brings into picture the need of more accessible private jet service – which services the aspirations of regular folks and the needs of the business junta.

Although before that materializes and takes effect into the market, the players in aviation need to deal with certain issues that limit its development. The Original Equipment Manufacturing sector (OEMs) needs strong leadership and disruptive ideas that can undo their sluggish growth. Airstream Jets CEO, Peter Maestrales explains, “Major players seem to be more focused on short-term sales objectives, defense contracts and share price. As a result, advancements have largely been limited to the cabin comfort and avionics.”

According to Alasdair Whyte, editor at Corporate Jet Investors, the business aviation industry is undergoing radical structural shifts. Machine learning and artificial intelligence will lead the shift for most of the part.

Alasdair Whyte explicates, “This is not about flying cars and replacing pilots although both will eventually happen. New technologies will make it easier for customers to use business aviation.” He adds, “AI will allow companies to create new products along with efficient services, it will subsequently improve the customer experience.”

Smart logistics will streamline private jet operations even further. The already small waiting time before you board a private jet can be lessened by facial recognition technology. In fact, American Airlines’ HackWars IV winner ‘Team Avatar’ created an app that would lets flyers figure out the luggage size at a kiosk before the processing at the gate. A mechanism to prepay for potential luggage expense will be added as well.

As for JetSmarter, the tangible feel of an app and the accessibility to a (once) premium service would bring a certain turbulence to the field. The developments on the other hand and the response from the big players would probably decide the traction of the field further into 2018.

The Wonders of 3D Printing