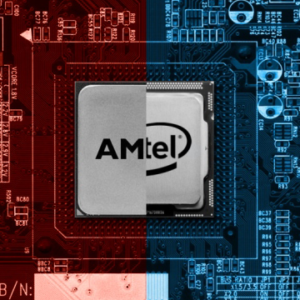 Sun Tzu argues that battles are generally won or lost before the armies even enter the field of battle. I’m not going to call this fight but will instead lay out the battle as I currently see it emerging. I’ll leave the discussions on the technical capabilities of the two parts; 1) the new Xeon (Purley) part from Intel launched this week, and, 2) the AMD Epyc part launched last month), to others. Instead, I’ll focus instead on the dynamics of what is likely to be one of the most Epic (pun intended) battles in the history of tech from the standpoint of tactics and strategy.

Let’s look at the elements.

Intel On Defense; AMD On Offense

Intel dominates i the server market but they are currently facing changes from IBM at a system level, and both Qualcomm and AMD on a parts level. However, the market largely remains Intel’s to lose due to their massive leadership position. Having said that, it is far harder to defend territory than it is to attack because the initiative is always with the attacker who can use surprise as a weapon while the defense is relatively stable and known. On the other hand, the attackers must both take and then defend whatever beachheads they establish while Intel only must defend.

Think of the Great Wall of China which is arguably the most expensive defensive strategy every executed or the French Maginot Line which was a distant second. Both were impressive efforts that out cost anything the Mongols or Germans brought against them. However, both largely failed because the attackers’ mobility and focus, while not strong enough by any stretch of the imagination to topple the entire defense could still break a fraction of that defense and bring down the rest.

Stated more simply, an attacker can focus on the weakest link of a chain nd yet still sever the whole which is what makes a defensive strategy so risky. When the Germans basically went around the Maginot Line and took it down from behind, they showcased how even a massive defensive effort could be a waste if it was not adequately funded and completed.

In short, while AMD gets the luxury of picking its battles, Intel must both fully fund its defense and assure there isn’t a single link in it weak enough to breach. But, offsetting this is that the two companies are not equals; Intel’s resources and assets are greater by far than AMD’s.

So, Intel will likely win if it fully funds and executes a defense and is successful at deflecting or turning back focused attacks by AMD. Difficult but far from impossible.

Intel’s weakest link right now is likely the cloud which is where AMD (and Qualcomm for that matter) are focused. Of Intel’s customers, cloud providers are the least loyal and have shown in general an affinity for both out of the box thinking and for using new vendors when it suits their needs. Some of the biggest specify and build their own hardware and Alphabet/Google seems to be willing to dance with anyone that is willing and has two feet (reminds me of someone I dated once in College).

AMD is focused with Epyc like a laser on this market and the company has inspired a great deal of interest from big cloud providers and cloud OEMs that are in testing with Epyc solutions. But AMD’s goal is to go beyond test and move through production into favored provider status. In short, it not only has to breach Intel’s Great Wall, but must keep that breach open indefinitely.

That “indefinitely” part will be where the difficulty lies because Intel’s Purley launch also has a cloud focus, showcasing an immediate, defensive response. But will AMD’s resources be enough? Recently Intel has shifted focus to things like Drones, Self-Driving Cars, and IoT, and pulled resources from their traditional market thus limiting their ability to shift back and defend both PCs and servers. That gave AMD (and Qualcomm) openings in the first place.

Wrapping Up: So Who Wins?

It’ll come down to point offense vs. point defense. The fact that Cloud providers are fickle works both for and against AMD, for because while the initial breach is relatively easy to make, cloud vendors’ fickle natures makes them relative hard to hold. At the same time, Intel must strengthen defenses that they have been systematically weakened over the last two years with layoffs and changes of focus.

A ping pong match with the lead bouncing back and forth between AMD and Intel will likely hurt both companies and damage Intel’s image of being truly dominant in the space. Both firms have image problems, AMD because they failed in their Opteron server attack against Intel, and Intel because if they now appear unable to respond that perception of weakness alone will shift the market towards alternatives like Epyc.

I know Lisa Su, AMD’s CEO, relatively well. She underwent training at IBM similar to my own. I’ve also come to know Intel well enough to be considered almost a member of their Alumni associations, even though I’ve never worked there.

Lisa was trained under CEO Lou Gerstner at IBM and the company has a very unique strategic focus to how they bring executives up; you don’t survive at IBM if you aren’t strategic and Lisa Su did very well there. Intel tends to be far more tactical in training its executives. In fact, I’ve often wondered if anyone there can spell “strategic” (it is kind of an industry joke that I have no doubt Intel doesn’t find funny) but at least they have always been very strong tactically.

So, I think the battle between Purley and EPYC will come down to three things: 1) How well Intel focuses and resources their defense, 2) Whether IBM and/or Qualcomm joins AMD in a combined effort against Intel, and 3) If either Purley or Epyc fail to perform to expectations.

The best legal hacks to boost your iPhone

Review of the Free Rivers Casino App for Android