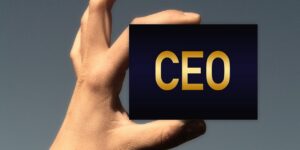 One of Intel’s ongoing problems was that their board was primarily made up of folks that didn’t seem to have a great deal to do with the firm’s business, either existing or future.  That has led to a lot of avoidable missteps. Besides, the company has had a history of being extremely hostile to employees which the current CEO, Bob Swan, has done an impressive job fixing.  But, to be truly functional, a successful CEO needs a board that enhances them, not one that is disconnected from the business that defines the firm. Intel made a considerable step to correct that shortcoming by electing Dion J. Weisler to their board this week.

Dion may be as close to a perfect board pick for the problems Intel faces.  Let’s explore that this week.

Intel is attempting to rebuild from a prior CEO, Brian Krzanich, who nearly destroyed the company.  Sequential layoffs, an ill-informed and horridly executed pivot to Smartphones, and treatment of existing customers that were exceptionally bad put the company on the defensive before he was fired for cause.

Intel was then faced with rebuilding their image with the OEMs, with their employees, with their partners, and restoring their image as a caring, trustworthy company.  Bob Swan, the firm’s ex-CFO, has made impressive progress, but there is work that needs to be done, and Bob could use the help of a subject matter expert in Intel’s core businesses.

They needed someone good with people, that understands the PC and server markets, and well regarded by the industry. Merely knowing someone on Intel’s board would have their backs would significantly help with the perception that the firm doesn’t care about its customers.

Why Dion Weisler Is The Perfect Fit

Dion, who came up through the PC business, and was CEO of HP, is exceptionally well regarded in the industry.  Having taken HP, which Meg Whitman designed to fail, and turned it into a significant success against all the odds gives him a substantial amount of status with his peers.  Concerning employee care, his employees treat him like family, and he was one of the most highly regarded executes Lenovo and Acer as well.

At HP, he drove aggressive diversity and Corporate Social Responsibility efforts leading HP to be ranked at or near the top in terms of sustainability during his time as CEO.  Highly admired, he stepped down from the job of CEO, not due to any problem with his performance, but because he had a family problem to deal with placing his family before the position. Since he tends to treat employees like family, that kind of caring can go a long way to rebuilding trust between the employees and Intel’s executive staff.

The people that reported to Dion at HP were generally, without exception, extraordinary at their jobs, and he also did an excellent job of assuring succession.  When he left, Enrique Lores was not only the obvious pick, he hit the ground running, and there was no stumble as has generally been the case with Intel CEO changes.  This skill means he could do wonders to assure Intel’s succession plans develop with similar benefits.

And, given his competence at skill and job matching, he should be massively helpful at guiding how to assess Intel’s executive staff better, drive their diversity efforts, and improve the firm’s sustainability ranking.

Wrapping Up:  A Perfect Storm Board Pick

I am rarely impressed with board picks.  They often seem to be financial types, selected to make diversity quotas, are friends of the CEO or Chairman, and they usually are known to work poorly with others.  Dion Wiesler, in contrast, is an excellent pick.  He plays well with others, he is a subject matter expert on Intel’s core business, Dion has a strong record on diversity and sustainability, and he knows how to rebuild trust with both employees and customers.

In short, Dion Weisler is as close as I’ve ever seen to a perfect storm pick for Intel’s board and given they have several other seats to fill could be exceptional at helping fill those seats as well.  (They need a marketing expert, an automotive expert, an AI expert, an IoT expert, and it wouldn’t hurt to have an HPC or a market research expert as well).

I think Intel will find Dion to be one of the best hires they have ever made.  Nice job!

4 Apps That Can Help You with College Assignments