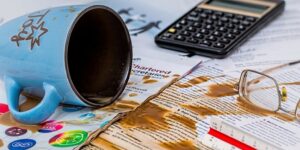 For some people, there is something almost romantic in cinematic, spur of the moment decision-making when running a business. Good small business owners have to have the ability to think on the spot and make the right decisions based on their gut feeling.

In the real world, however, this is rarely true and rash decisions are far more often the cause of problems for these small businesses and the people who make them. While there will always be room for quick decision-making in the world of small business, this article will point out all the different ways in which rash decisions can actually be extremely harmful for small businesses.

HR is usually not the first place people go to when they think about running a small business and that is exactly why many rash decisions are made when HR is in question. Small businesses often hire erratically and do not spend too much time thinking about employee engagement.

It goes without saying that this is a huge mistake.

In fact, it is the smallest companies that have to worry about their HR the most. When a huge corporation that has thousands of workers makes one bad hire, they do not even notice it. When a small company with a dozen employees does the same, this bad hire will be noticed immediately and it will have a much bigger negative impact on the way the company does its business.

Also, with a very limited number of employees, you need to know they are giving you their best and this is where another major HR consideration comes into effect – employee engagement. By making rash decisions that might make people less engaged, you are destroying their productivity and shooting your own company in the foot, so to say.

Hiring decisions need to be made after long and arduous consideration. Employee engagement needs to be something you think about continuously and not just when you notice a drop in productivity. Always think through any and all HR-related actions that you will take.

Some of the biggest rushing mistakes small businesses make is falling for various supposedly revolutionary marketing tactics that end up being less than spectacular, to say the least.

For example, a small business owner might start believing all the hype around social media marketing and divert all of their marketing money into doing it. Then, after a few months, they realize that they would have been much better off sticking to what they had already been doing.

Digital marketing has become a particularly tricky area where some companies get fantastic results and where other companies spend quite a lot of money and time to discover they are not increasing their revenue.

Small business owners should never rush into any huge marketing decisions before they have the numbers in front of them. These numbers should clearly indicate how much money will yield what kinds of results and how long it will take for these new marketing tactics to produce these results. If the math does not work out, there might be something wrong with it. It is also extremely important to not get swayed by vanity metrics when doing social media marketing.

Being Careless with Finances

Out of all the potentially devastating rushed decisions an SMB owner can make, the ones that pertain to the company’s finances are absolutely the worst. And the scariest thing is that there are so many different financial mistakes a business owner can make.

For example, they might rush to expand when their company is barely staying alive, spending money that they don’t have on new offices and new hires. Or an SMB owner might be convinced into investing in another company or even in taking over another company. At the moment, such decisions may seem like the right move, but in the end, they turn out to be catastrophic mistakes.

Getting into all kinds of bad loans is another quite common mistake SMB owners rush into, sometimes out of necessity and sometimes out of gullibility. Other times, they make fatal mistakes because they do not know of certain concepts that might save them, like the bridging loans.

Small businesses have been known to go to ruin after a single money mistake and it is therefore absolutely essential that their owners never commit to anything before they have thought it through over and over again.

Simply put, SMB owners cannot afford to be hasty when making decisions. They have people depending on them and their margin of error is almost invisible.

There might be moments when one has to make an instantaneous decision, but for the most part, there is time to think things through and act only after long deliberation.

If you happen to be running a small business, we only hope you understand this.