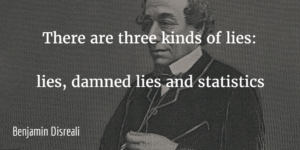 Gartner and IDC have released their market share reports (Gartner’s here, IDC’s here). Given that both Gartner and IDC get their numbers directly from the PC vendors it is really hard to understand why the two numbers companies number aren’t the same. Today Gartner reported that Lenovo is the market leader with 19.9% share followed by HP at 19.5% while IDC reported an upset with HP at 21.8% market share and Lenovo at 20.4%. Realistically the two companies are neck and neck.

The difference between the reports are that apparently, IDC counts Chromebooks as PCs while Gartner does not though that doesn’t explain why the Apple numbers aren’t the same given Apple doesn’t sell Chromebooks. But given Apple has historically been a total pain to get numbers out of I can guess it’s because someone inside Apple is leaking this information and IDC and Gartner are likely talking to a different leaker (or one is just swiping the numbers from the other and making a small adjustment so the firm that is legitimately sourcing them doesn’t catch on that they have been hacked). Yes, this does happen from time to time.

It is interesting to note that IDC says the PC market is growing slightly at .6% (basically flat) while Gartner says it continues to slightly decline at 2.4%. This is all in volume not in revenue.

Let’s talk about what may be behind the numbers.

Are Chromebooks PCs? I could argue both sides of this. They are PCs given they can run PC like apps locally and basically are built like PCs. They aren’t PCs because, as implemented, they are more like thin clients operating largely off the cloud and running few if any apps locally. They are basically a hybrid, not really thin clients because of capability but not really PCs because they are generally implemented differently. They are a category that appears to be growing sharply enough to make the difference between market that is a bit better than flan and one that is in slight decline and they represent about half of both Dell’s and HP’s growth. HP appears to be moving more Chromebooks than Dell and Lenovo combined which is why HP moves into first place when they are counted and stays in second when they aren’t.

I do think that because the trend that Chromebooks represent would be better showcased if they are broken out that they shouldn’t be included in the PC numbers which would make HP massively dominant in Chromebooks with Dell a distant second and Lenovo as leader in PCs. But it depends on the story you want to tell.

Now there are three elements to the Chromebook number. One is they are still largely sold into education so represent a very constrained trend, the overall number is still questionable because IDC, who does count them, has a total market of around 60m and Gartner who doesn’t a total market of 62M. So, the one that doesn’t count Chromebooks is 2M higher than the one that does which I can’t for the life of me explain. But I’d estimate that Chromebooks represent under 5% of sales but a possible 30%+ growth rate if I did the math correctly. So that means that Google is now outselling Apple on both Smartphones and PCs if we count Chromebooks as PCs.

What Happened to Asus?

Now if you look at the IDC report the company that falls after Apple is Acer with just slightly less than Apple’s market share and decent 2.9% growth but Asus is no place to be found. Then if you go to Gartner report Asus actually is ahead of Apple with 7.3% share against Apple’s 6.8% but they are falling like a rock with a near 15% drop, while Acer still falls below Apple at 6.7% but dropping at nearly 2%. If Asus does outsell Apple no Chromebook mix could explain why they are in Other for IDC (assuming that is the case) and not in “other” for Gartner. You see given Apple doesn’t sell Chromebooks Asus should always outrank them if their numbers are higher and if Apple is relevant then a company that is out performing them should be just as relevant.

Often with statics you have to figure what games have been played, which numbers are actionable, and whether you can dig though the BS to make sense of this mess. I did numbers for one year and because I was so frustrated with them operating as a vendor several of us worked to come up with what was the most accurate 5 year forecast ever created and discovered that the result was a huge number of folks that wanted to find you a new career, violently if possible. In addition, when I was on the vendor side, the guy we had the supplied the numbers used to regularly uplift them by 2 to 3x. Yes not 2% or 3%, but 200% to 300% and nobody seemed to care. Both lessons have taught me that unless the numbers have been collected through independent sample they are questionable at best.

These numbers suggest that HP and Lenovo are challenging each other for market leadership, that Asus is in real trouble, and that Chromebooks, while still a relatively small segment, have become more powerful in education than MacBooks which is problematic for Apple near term and Microsoft long term. Oh, and HP Inc. pretty much owns the Chromebook market. They are what Samsung is to Android which will make things interesting if Google replaces Android with the Chrome OS as planned.

Why is SEO very important for your business in 2017?