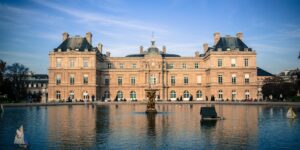 Located right in the heart of Western Europe, Luxembourg offers many interesting advantages for foreign investors from all over the world, boasting a stable and dynamic economy, complemented by its key role in Europe.

You see, this small nation is a true power center of Europe, hosting the European court of Justice, the European Investment Bank and Fund, the European Stability Mechanism and the European Court of Auditors, among many other institutions that put this state right up there with Strasbourg and Brussels.

Luxembourg also has one of the highest GDP in the world, making it a very rich country with a thriving, financially strong economy. This one of the most important reasons why many company founders decide to incorporate in Luxembourg and start a new business here.

The Grand Duchy of Luxembourg, with its three official languages, French, German and Luxembourgish, is above all a suitable location for large companies, corporations and multinationals but also for small to medium-sized companies.

Tax exemption, a very reliable banking system, and strict banking secrecy are other key advantages of starting a business in this country. But tere are some peculiarities and special regulations regarding the jurisdiction in Luxembourg and without an experienced expert in the field of company formation, it might be a little bit difficult to gain a foothold there.

If you’ve always wanted to start a company in a new country, here are 8 reasons why Luxembourg might be the best choice:

Luxembourg is a small state that enjoys great political and social stability. The political regime is a constitutional monarchy. Social peace is the basis of the Grand Duchy, a peace characterized by dialogue, negotiation, social justice, social progress and respect at work.

For these reasons, many foreigners are not only interested to start a company in Luxembourg, but also to move in here and work for the top companies located in this small country.

Being a small country, landlocked between France, Belgium and Germany, with Netherlands pretty close as well, Luxembourg benefits from a unique location, in the center of Western Europe.

Proximity and accessibility are some of the most important aspects foreign investors consider when they decide to come here. Luxembourg has major road, rail and air routes for access and free movement of people and goods, which is practically an important bonus advantage for imports and exports activities.

3. A country with a high living standard

Luxembourg has reached first place in Europe GDP per capita in recent rankings. The country also has the lowest unemployment rate and very fast economic growth. This is very reassuring for entrepreneurs who want to incorporate in Luxembourg!

The safety of people and goods is also assured. Moreover, the Mercer study (an index which classifies cities according to their quality of life and the cost of living) defines Luxembourg as one of the safest capitals in the world.

In a state as small as Luxembourg, administrative procedures are fewer and take less time to be processed.

5. A favorable framework for all types of companies

This tax haven is known for its great degree of adaptability. Economic and fiscal changes are well designed and quickly accepted by investors who want to incorporate in Luxembourg.

The Luxembourg tax system is very competitive and is very favorable for foreign companies. The liberal policy put in place by the government has contributed to the development of a tax environment open to investment. Companies also benefit from the country’s double taxation avoidance agreements.

In Luxembourg, more than 47% of the population is foreign. Different languages are spoken here: from French to German or English, Dutch, Luxembourgish, and many others. The locals speak, in general, three languages. An advantage over other European countries for finding highly qualified workforce.

Luxembourg is a rich and highly developed country. Transport, business parks, communication and information technologies make this country a well-developed and attractive state.

Considering all these advantages, entrepreneurs who decide to start a new company in Luxembourg will certainly make the right decision. However, to make the incorporation process as smooth and easy as possible, the best option is to acquire the support of certified specialists in the company formation procedure.

Is Your Digital Marketing Strategy Ready for 2019?

How can Motor Fleet Insurance help your small business?