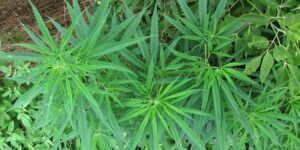 The government of Canada is well aware of the insatiable demand for legalized cannabis and they are completely relying on the country’s licensed producers to deliver.

The expected date for all-out legalization to take effect is July 2018, but it may be wise to get on the investor bandwagon early, with recent uptrends firmly telling us it is time to get a seat.

Forbes magazine recently said that cannabis related businesses constitute one of the fastest growing industries in the United States. They are estimating that the American medical marijuana market alone will be worth $13.3 billion by 2020. Further, the financial prognosticators predicted the recreational market will be valued at $11.2 billion by the same year.

In Canada, Deloitte published a report last year that stated the retail market could be worth up to $8.7 billion annually. If one adds in the many ancillary markets such as tourism, paraphernalia and the like, Deloitte says that number could go up to $22.6 billion.

Canadian investors have even more opportunity because cannabis is medically acceptable across the country and recreational will be legal at the federal level as well. In America, this is simply not the case.

Of the currently 80 listed licensed producers of cannabis in Canada, many are looking for investment both publicly and privately.

INDIVA Limited based out of London Ontario, is one of those hot-ticket producers. The company is set to go public in the very near future recently raising over $23 million for a massive 40,000-square-foot expansion moving into 2018. Their first crops are well on their way, and business partnerships are in the works for both medicinal and recreational opportunities.

Ontario is currently in the process of choosing retail locations for the first 40 stores that will sell cannabis starting next July, and during the process the government will be making their initial orders to supply customers with quality marijuana.

Anyone looking to invest in the burgeoning cannabis industry should do their research, but at the very least, marijuana should be a necessary consideration for anyone looking to cash in on the forecasted demand that will occur in the near future.

5 Maintenance Tips All MacBook Users Can Benefit From