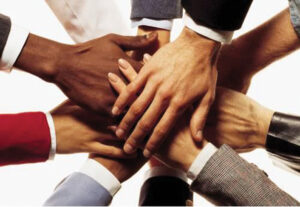 I’m at the Dell Technology World Conference this week and one of the more interesting sessions was put on by Karen Quintos one of the most powerful executives in the company. One of her areas of focus has been helping support woman run businesses and she is also the chief customer officer, one of the most important jobs in the firm because it assures customer loyalty. The session she hosted was on Unconscious Diversity Bias which speaks to the preconceptions that prevent qualified and capable minorities and women from advancing successfully and getting to compensation parity in the technology market.

Only 25% of women hold tech jobs and only 11% are executives, what is fascinating is that even women with STEM backgrounds aren’t making into tech jobs and this is on top of the Google internal study that indicated that STEM wasn’t even necessary for success in that tech firm. And things aren’t getting better, women are still leaving tech faster than they are coming in. Books like Brotopia and Technically Wrong showcase an industry that is extremely hostile to women.

Dell has been on a 10-year journey to aggressively fuel efforts to improve women’s chances for women in business and their Entrepreneur in Residence has been exclusively focused on women in business. I’ve often found it fascinating that some of the most aggressive efforts driving women into this industry have been Michael Dell’s.

To make this point Michael Dell got up on stage and spoke to the importance of inclusion and his personal commitment to drive diversity into his own company and the industry in general.

Brian Reaves, chief diversity officer for Dell, took the stage and provided a string asks for the women in the audience. This was a little too close to mansplaining for me and my hope is I’ll get some better clarity from him lateron in the week. The then introduced Howard Ross.

Howard Ross, founder of Cook Ross, is an expert on diversity and argued diversity programs as they currently exist alienate people through blame and shame approaches. This is part of my educational background as well and it fascinates me that we are still dealing with many of the same issues we were discussing decades ago when I was in college.

He once again highlighted how hostile the technology market is to women with the implication that the truly smart women avoid this industry like the plague (and I can hardly blame them). It isn’t just about getting people in the door, it is about assuring the success, safety, and satisfaction of them once there. My own belief is that until we can do the latter, we are doing a lot of unintended harm by focusing on recruitment before we have a strong plan for behavior modification.

It is that last part that is often forgotten. Howard spoke to bias and one of the most fascinating studies talking to bias that he cited was on hurricanes. More people die in hurricanes named after women than men, the reason is that people prepare more for male named hurricanes (now, were it me, and I had that result I’d name all hurricanes after men just to save lives but hey I’m not a scientist). Given the names are random this is an unmistakable evidence of bias causing people to do stupid things.

One of the interesting videos he showed was of a murder mystery (similar to the game “Clue”). During the discussion by the detective on screen the entire scene is subtly changed, and most folks didn’t even notice (I didn’t notice because I was typing this piece, that’s my excuse and I’m sticking to it).

He spoke to the fact that there is a virtual book of rules for people that are different for men and women. This virtual book of rules creates a schema, a filter that we put information through. To demonstrate this, he showed a picture that most of us couldn’t identify, but it was a cow and when he superimposed the full image of the cow and then removed it, and then all we could see was that damned cow. (At this point I was thinking I needed a brain upgrade).

He argued we have a fast and a slow brain mode. To demonstrate this, he asked us to imagine we had a daughter and she called saying she was dating two guys. He then showed two pictures one guy that looked like a convict and the other that looked like a clean-cut boy. The con was a Harvard graduate and the clean-cut kid was Ted Bundy. This showcased that none of us should be parents because all of us picked Bundy as the better match (he killed 30 women).

He continues to showcase how TV shows since the 1950s largely showcased men as workers and women as homemakers. And the result is that when men or women see a man or women they naturally cubbyhole them into one of those roles. People believe that men are more negative about women in business than women are, but apparently studies don’t support this, and suggest both men and women are equally negative about women in business. (Helps explain why large firms run by women CEOs don’t seem to have a diversity advantage over like firms run by male CEOs, my own observation is that they are often worse).

#MeToo Is A System Problem

His example was of a poisoned well where the city spends all their money mitigating the problem, but no one focuses on getting the poison out of the well. This is a widespread problem of focusing on the symptoms of a problem but not resourcing the actual correction of the problem. He argues that we need to build diverse coalitions across sex, ability, race sexual orientation, sexual identity etc. Only then will there be support structures capable of getting to the heart of the problem.

He listed 10 ways we could support women in business, they were:

2. Alleyship lives in conversation, listen to and engage.

4. No time off, countering this is a full-time job. This speaks to walking the talk even when surrounded by men telling inappropriate jokes. This last is important because it goes to making a meaningful change in behavior. I’ve know a lot of senior executives, and the book Brotopia is full of examples, of executives who talk diversity and inclusion but behave badly after hours.

5. Constant, Conscious Education to overcome decades of false programing. Given how TV, in particular, has programed in our bad behavior an equally powerful effort has to be undertaken to avoid it.

7. Work with your own. Men need to work with men, and women with women to solve this. It can be a topic of conversation and focus but the end goal is a better world and there are few things as noble.

8. Recognize and use your power. This is interesting because many of us feel powerless when it comes to problems of diversity and yet we all have contacts, experiences, and some authority that could be focused on the problem. I’d add that you want to be judicious though because regardless of how much power you have, picking fights you can’t win won’t end well for anyone. This should be more of a quality over quantity effort.

9. Acknowledge mistakes and be approachable. We aren’t perfect, recognize we can be wrong and focus on corrective action rather than cover up and defense.

10. Stand up for others as if it was personal, because it is. We have mothers, daughters, sisters and friends we want to defend. Acknowledge that and drive for positive change.

Dell is one of the few companies taking diversity efforts to the next level. Most firms talk a good game, but they have done little to address the culture inside their firms which makes the environment unfair and often toxic for women. Something to consider if you are choosing between vendors or particularly if you are choosing where to go work. Dell is showcasing you that you can do well by doing good and they are putting their corporate might behind making this a better industry for women.