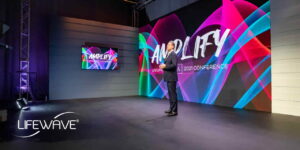 Intellectual property laws are some of the strongest drivers of innovation. They allow inventors to protect their creations, incentivize further research and development, and provide a host of other benefits. A huge component of present-day intellectual property protection is the modern patent process. This process is so important to the work of inventors that we’ve taken time to highlight how it works in practice. To do so, we’ve focused on the efforts of David Schmidt, CEO, and founder of LifeWave, a technology-focused health, and wellness company.

Let us first take a look at the professional background of David Schmidt to see why he is a great example of a modern inventor. The CEO has a long history in the field of business and development, having worked in the specialization for more than 30 years. He has spent much of that time innovating new methods and processes for tackling longstanding problems. In this pursuit, he’s worked to create new methods of synthesizing elements such as oxygen and hydrogen. He’s also worked on the design of a bladeless turbine generator and a combustion rocket engine.

His efforts in this area eventually caught the attention of the U.S. Navy, which reached out to the inventor to work on the branch’s redesign of its miniature submarine program. That work centered around the need to help crew members stay alert and energized during missions. The organization understood that the potential side effects of using drugs to promote energy and stamina could be extremely detrimental to crew health, so the inventor was asked to create an alternative way to achieve this goal. This research eventually led him to his work in phototherapy, which is the basis of the health and wellness patches offered by LifeWave.

The innovator has been awarded 100 patents so far during his career. More than 70 of these are in the field of regenerative technology. These patents have helped him build his company from the ground up based on actionable scientific research. They have also helped him build momentum for his company and capitalize on the intellectual discoveries of his efforts and the efforts of the rest of his research team.

Simply put, intellectual property is widely recognized as the product of a person’s or organization’s original and creative efforts. Unlike other forms of property, the ideas produced by such a process are not tangible and cannot be physically interacted with. However, over the years, societies around the world have agreed upon the idea that such property still holds immense value. Indeed, intellectual property protection has, in many ways, helped form the modern global economy, which is often based more on ideas than the creation of tangible goods.

Forms of intellectual property include copyrights and trademarks. These examples often protect individual creative works, designs, or phrases. It’s important to note, especially in the case of copyrights, that these protections are not afforded to the idea that originated the work. Instead, the protection centers around the implementation of the idea. For example, if you have an idea for a book, you cannot copyright that idea. It would only be once you write the book that the specific implementation of the idea could be protected.

Patents are often considered the most complex of all intellectual property. The requirements to patent something are also quite restrictive. While it can be common for an individual to hold a large number of copyrights, it’s less common to see an extensive number of patents held by one person. This can be due to the fact that a patent application must show that it is sufficiently novel in nature and different from something else that already exists. A small difference between a patent application and an existing product or method will often not be sufficient to demonstrate the novel nature of a work.

An exception to this can occur through adaptation of an earlier invention. This can mean that a potential patent seeks to adapt an earlier work for use in the modern era or for a different application. The key here is that the adaptation must be classified as “non obvious.” A patent application must also be considered “useful” to successfully make its way through the process.

Use of a Patent

While the qualifications for what makes a successful patent application can be a hurdle, the benefits of a patent can far outweigh the time and effort it takes to secure. One of the key benefits is how a patent can recognize and reward an inventor. To take the example of David Schmidt, his patenting of key aspects of the phototherapy patches sold by LifeWave allowed his company to be the exclusive purveyor of the technology. As the public became increasingly aware of the benefits of these patches, its share of the health and wellness industry grew substantially. As a result, the company’s products are now available in more than 80 countries around the world.

The ability of a company to expand based on the strength of its innovations is one benefit of the patent system. Allowing LifeWave’s CEO to protect his intellectual property in this way not only helps his company capitalize on the innovation but also helps motivate further developments related to that innovation. The ultimate result can be increased access to technologies for the public and the continued existence of innovation in the marketplace.

Intellectual property laws have developed over centuries to help protect inventors and other creators who produce original works. This area not only plays an integral role in our modern economy but also helps draw innovators from all walks of life to work as inventors in their respective fields. This examination of the work of David Schmidt and the effects of intellectual property law can be a helpful way to understand the real-world impact of patent protections and similar initiatives.