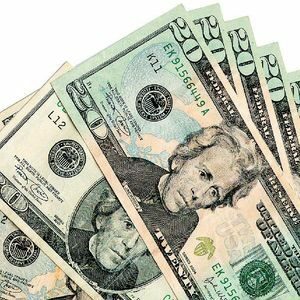 I don’t do a lot of these Apple vs. comparisons anymore largely because people that buy Apple notebooks tend to stick with Apple come hell or high water. And people that buy Windows notebooks typically don’t consider Apple products so comparisons between HP and Dell make a ton more sense than comparisons between Apple and Dell. But one of the problems with a lock in strategy, which is what Apple operates under, is a tendency to focus on margins not customer experience and monetizing customer loyalty by overcharging.

This is a company killing strategy and it hit home for me at IBM in the 1980s where I argued that this strategy could kill the company, I was chastised, and then proven right. And thousands of people, some of them friends, were laid off. It was very painful and personal for me because I saw the problem, reported it, and was unable to prevent the outcome. I felt I let a lot of folks down.

Given a lot of the feedback on the new Apple notebooks I’ve read suggests that Apple is executing a similar strategy, basically raising prices while lowering costs, I thought I’d do a comparison between Dell’s Premium notebook the XPS 13 and the new MacBook. I’m using the XPS13 because it is the newest notebook I have in house and because, like the Apple product, it sells to a premium buyer. This is to make sure we are comparing Premium product to Premium product and not making the point that a Chevy is a better deal than a Cadillac.

I’ve also not chosen one of Dell’s business computers because Apple has never really gotten the enterprise even though they are one. The product they brought out for business was the iPad Pro which, to me, showcases how little they get what big companies actually buy (and it isn’t big tablets).

I configured the MacBook Pro as close as I could to the XPS. Both had Core i7 Processors, both had 512GB SSDs, and both had 16GB of memory. The MacBook Pro came to $2,499 and the Dell XPS came to $1,849.99. That does tend to support at least the theory that Apple is taking advantage of customers but there could be other differences like using different versions of Intel’s processor, inferior materials, different displays, ports or batteries.

So, let’s look at the differences.

In this configuration Apple has a unique OLED touch bar. This does add to Apple’s cost but it is likely less that the difference between a non-touch and touch display. I should add that Lenovo tried something similar to this in their ThinkPad Carbon and discontinued it because users complained. As a side note, I still don’t get that given Apple drove touch into the mainstream with the iPad, why they are lagging with touch with the MacBook. A Touch bar just seems half-assed to me suggesting the decision was more cost than customer based.

Dell has 2 USB 3 ports, one Thunderbolt (USB-C port you can use for charging), a charging port, an SD card slot, and a headphone jack. Apple has 4 Thunderbolt ports you can use for charging and a headphone jack. Given you can daisy chain Thunderbolt I’m not sure why you need more than 1 port and you are in dongle hell anyway. The Apple approach is cheaper though because there are simply less diverse components to deal with, particularly the SD card slot. I’m not a fan of dongles but if you hook either of these to a display you’ll need one.

Battery life is a function of a lot of things and Apple reports 10 hours while Dell reports between 9.5 and 13 hours depending on use. But we are focused on cost in this exercise and Dell provides a 60-watt hour battery. Apple is interesting here because in their lower priced configuration they provide a 54.5 Watt Hour battery but in their higher prices offering, which I’m benchmarking here, only a 49.2-watt hour battery. This suggests that OLED touch bar takes up space that would otherwise be used by a bigger battery. The larger Dell battery should be more expensive.

This was interesting because the Dell XPS uses Kaby Lake, Intel’s 7th generation processor while Apple uses Sky Lake Intel’s 6th generation processor. Intel discounts their older processors when a new line is releases suggesting Apple saved significantly by going with the older architecture. The difference in performance is only around 10% so you probably wouldn’t notice it but this again speaks to apple paying less to build a product that sells for substantially more.

The Dell TouchPad is normal sized while the Apple touchpad is huge. Here, I expect, the Apple touchpad is more expensive but they needed to do this to attempt to overcome the lack of a touch screen. In my experience, huge Touchpads can be annoying because it leaves you with little area to rest your wrists. On the other hand, you aren’t supposed to rest your wrists, but I sure as hell do. In this instance the Apple component costs more.

The Dell uses a one of the new 2×2 high speed wireless radios with 4.1 Bluetooth. Apple appears to use a lower performance Wi-fi part but does support Bluetooth 4.2. Until one of these folks supports MU-MIMO I’m going to call this a wash.

Dell uses aluminum, carbon fiber, and gorilla glass on the display. Apple uses aluminum. Because of the diversity of materials, Gorilla glass, and especially carbon fiber (which isn’t cheap) Dell’s case cost is higher. The Dell weighs in at 2.9 lbs. in this configuration while the MacBook is 3.2 lbs. suggesting that the extra cost Dell incurs does pay dividends to the customer with 10% lighter product.

With some exceptions, the OLED touch bar and huge touchpad which were needed to offset the lack of a touch screen, the Dell was far cheaper to build and even with these exceptions factored in Dell’s cost should have still been at least $100 more than Apple’s yet Apple’s sales price is a whopping $650 more than Dell’s. Combined that suggests that Apple is making a whopping $750 more profit on their MacBook Pro than Dell is on their XPS 13 with a premium configuration. This suggests that Apple is using lock in to spike profits. My experience is that once customers figure out they are getting gouged they either stop buying new products or bite the bullet and switch to a platform that is a better value. We’ll see if that happens here, but I can certainly say that those that are complaining about Apple over charging for their new laptops are likely right.

This doesn’t bode well for Apple or their customers long term.

8 Reasons to Open a Tech Startup in Rural America

The Benefits of Outsourcing your Social Media Marketing