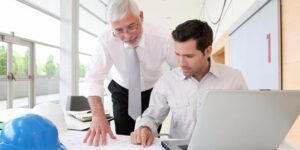 To coach or to mentor, that is the question.

The two skills, which are often seen by the uninitiated as interchangeable, are actually quite different. It is true that coaching and mentoring can often appear lumped together and ultimately seek to achieve some of the same goals, but at their core they each involve a very different process. To confuse matters further, many professional coaches are not qualified to mentor and vice versa. Those who are qualified as both coach and mentor often blend the two within sessions. Some like to keep them as far apart as possible.

Let’s see if we can help you distinguish between the two.

Take coaching for example. The CIPD says… “Coaching targets high performance and improvement at work and usually focuses on specific skills and goals, although it may also have an impact on an individual’s personal attributes such as social interaction or confidence. The process typically lasts for a relatively short defined period of time, or forms the basis of an on-going management style.”

Now let’s look at mentoring. The good folks at CIPD also tell us that… “Mentoring involves the use of the same models and skills of questioning, listening, clarifying and reframing associated with coaching. Traditionally, however, mentoring in the workplace has tended to describe a relationship in which a more experienced colleague uses his or her greater knowledge and understanding of the work or workplace to support the development of a more junior or inexperienced member of staff.”

So, mentoring is generally a longer procedure, it has no specific agenda other than ‘knowledge transfer’, it focuses on the individual and it can occur at any time during a business relationship. It’s usually seen as a long-term plan and can either take place almost automatically in some organisations or within highly defined mentoring programmes. Pure mentors tend to be mature authority figures, they often have a higher position in the company and they are generally more inclined to give ‘answers’ rather than just ask questions. They typically react to the needs of a person, responding to each issue as it arises.

Coaching is about performance. It has a specific agenda which is often, although not exclusively, offered at crisis points, transitions or when particular goal achievement is required. It can also be used as part of an ongoing personal development programme to help overcome behavioural challenges. A coach will set out to achieve specific objectives and therefore direct a person to progress towards a mutually agreed end result. Coaches use a series of carefully constructed questions to guide and encourage a person to explore new perspectives and discover their own solutions. The process is non-directive – asking ‘questions’ rather than giving answers – and can feel a little ‘unstructured’ as a result

Coaching can be a management driven task. Whether or not your line manager or equivalent plays an active role in the coaching itself, he or she will almost certainly have been directly involved either in initiating the intervention, in agreeing the challenges and desired outcomes, or in dissecting the eventual results.

Mentors on the other hand, are unlikely to have any involvement with your direct manager at all. Their sole purpose in the relationship is to help you get a grip of your role or develop further within the organisation. In doing so, they may also adopt several additional responsibilities like being:

· A consultant – sharing useful information about the industry, company or business

· An advocate – supporting the person’s work achievements, growth and/or development.

So, which do you need? Whether you choose a coach or a mentor, or both, knowing the difference and finding the right one for your own particular circumstances at each stage of your journey can have a huge impact on how quickly and painlessly you get to your desired destination.

What’s Coming Up Next for Fashion e-commerce in 2017

Consumer Communication Services to Gain Higher Traction in the Near Future